Leave it to Stephen Colbert to crack us up ahead of the Oscars.

This week, Colbert recapped some of the Best Picture nominees without seeing all (or any) of them.

“Fortunately, you can figure out exactly what happens in the movie just by looking at the poster,” he said.

And off he went.

“I don’t know if you saw ‘Lion,’ but it’s about two lovers from opposite sides of the tracks, specifically above and below them,” he said. “Then, there is the magnificent ‘Hidden Figures’ […] the true story of how it took Hollywood to 2017 to figure out that black people see movies, too.”

“Up next, ‘Moonlight.’ I’m not surprised that people are excited about this movie, because I am. This is the next movie in the ‘X-Men’ series. From the poster, I believe this movie is about a mutant with a well-trimmed beard on half of his face when the moon comes out. Marvel has done it again,” he said.

“Next up, we have the movie version of August Wilson’s play, ‘Fences.’ It’s the heartbreaking story about a couple who stares lovingly at their new fence,” he joked. 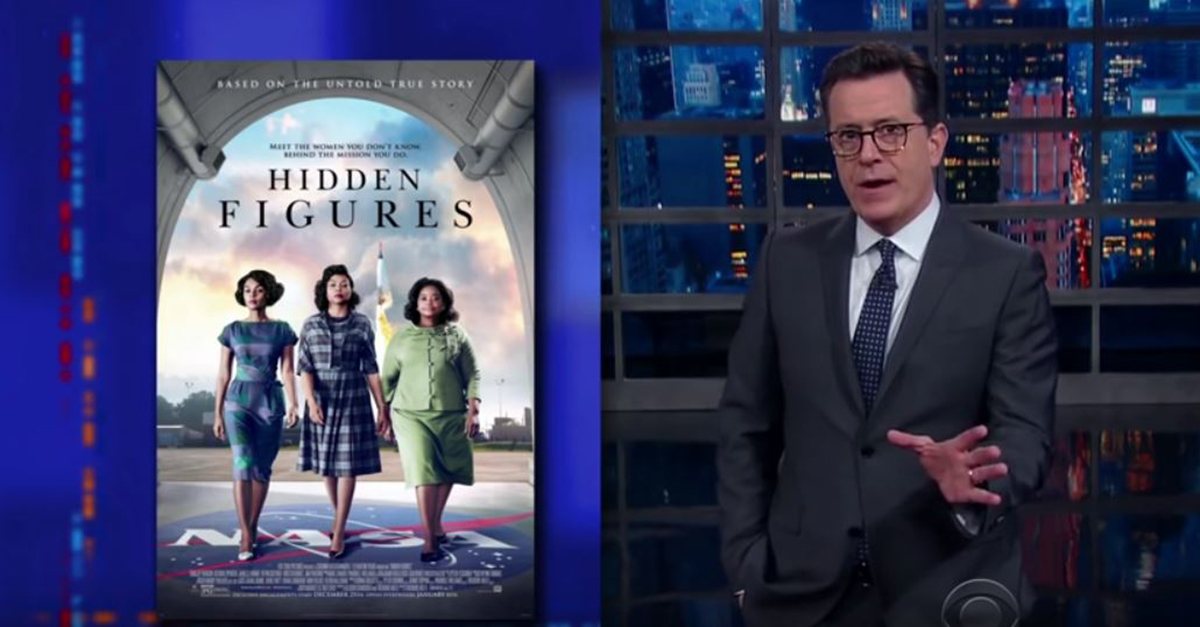