A girl was sitting on the banks of a river in South Africa enjoying the sunshine when a cobra quickly raced towards her. This would have had many people running in the opposite direction, but not this girl! In a remarkable move, she reached out, grabbed the cobra and then tossed it away!

Her fast reflexes can be seen in the video below. I don’t think I would have reacted like that!

Not so fast though! While her reflexes are impressive, the video is a bit deceiving. Her brother who posted the video wrote:

“Yes it was pulled via fishing rod with fluorocarbon line. My brother and I were trying to scare my sister into running but it seems that she was prepared, seeing that I grew up catching snakes along that river since I was just a boy and she would sometimes join me. She did not handle it as we expected her to, very much impressed!!”

Her reflexes were rather impressive! Her brothers thought they could scare her, but she wasn’t having any of it. They probably pranked her plenty over the years so she may always be on guard. If she would grab a snake that was flying towards her, she can stand her own against her brothers!

Family members can play some mean pranks on each other. YouTube prankster Robin Birrell pulls a lot of pranks on his mom, but she got revenge on him that will have animal activists furious. Robin hates worms, so his mom served him a worm sandwich. Which makes this prank even wilder is the fact that as a vegan, Robin refuses to eat any animal or animal byproduct. Click here to watch that hilarious prank! After all the tricks he pulled on his mom, I don’t feel sorry for him! 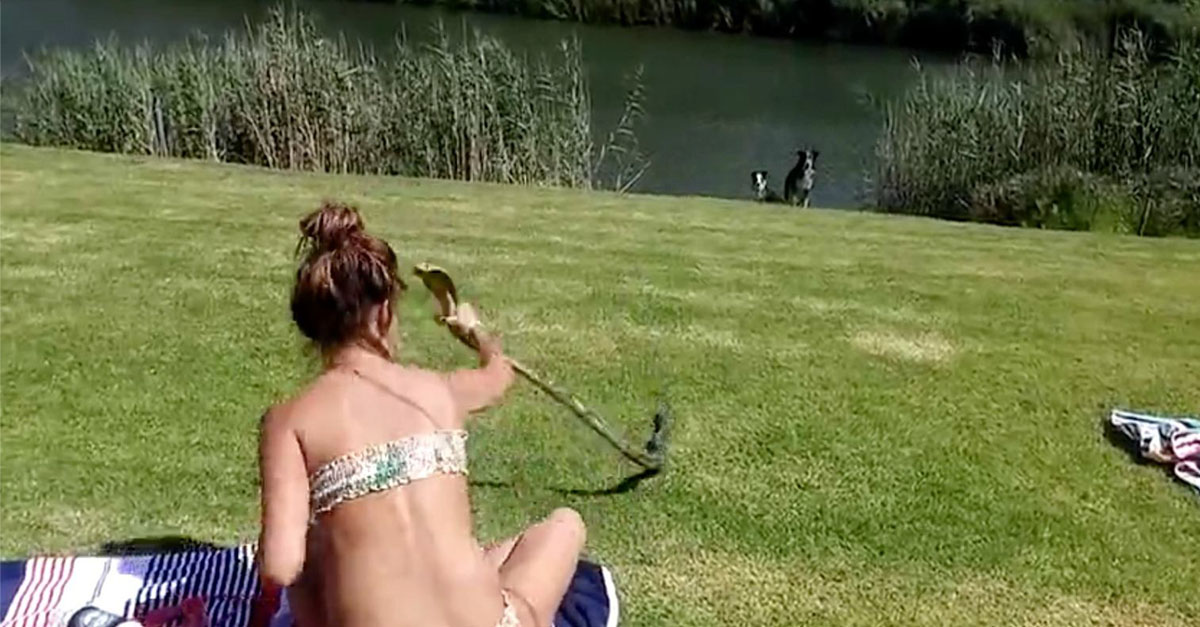