Colbert wanted to extend his sympathy to Mariah Carey, but he ran into some technical errors 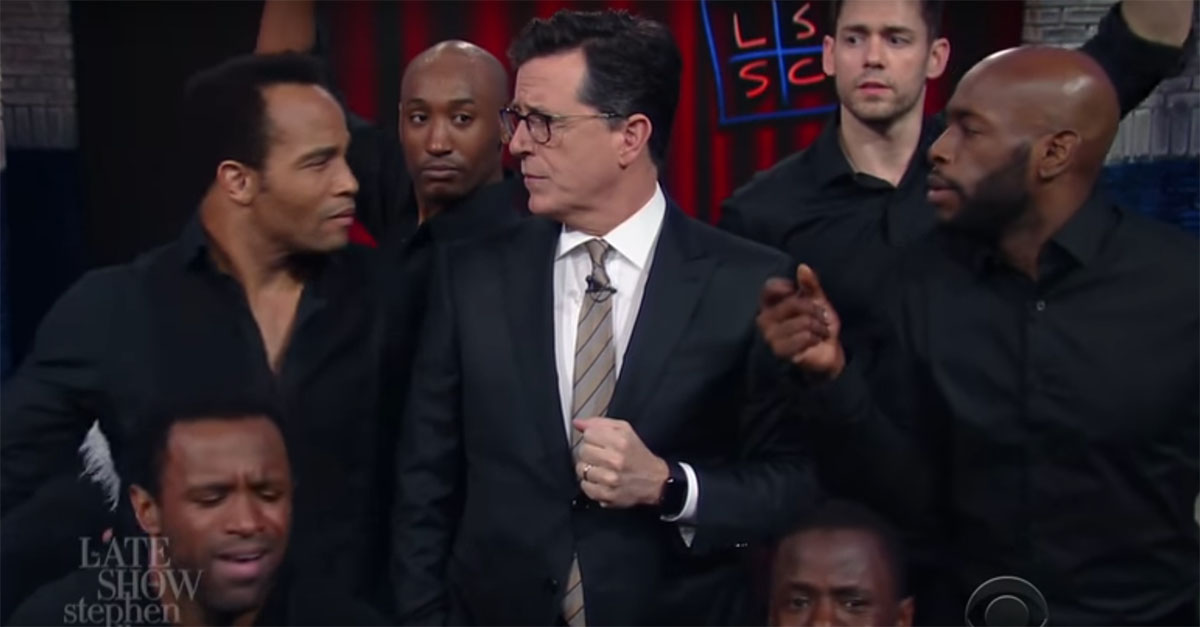 Mariah Carey’s New Year’s Eve performance was, put mildly, not a rousing success. Whether due to miscommunication, equipment malfunction, nefarious sabotage or some combination of the three, Carey found herself in the middle of a disastrous concert that seemed appropriate for the end of 2016.

RELATED: Oprah shows Stephen Colbert how to make a “sexy breakfast” and cooks up hilarity

As Colbert was saying that Carey could perform on his show whenever she chose, his teleprompter cut out on him. While he stood there nonplussed, the backup dancers arrived, and Colbert found himself surrounded by feathers, which didn’t do much for his allergies. While this was obviously just a little joke, we’re now wondering how Colbert would handle covering Mariah’s songs. Maybe there’s a duet in the future.