College Kid Arrested for Peeing Off Balcony, Hitting Women in the Mouth 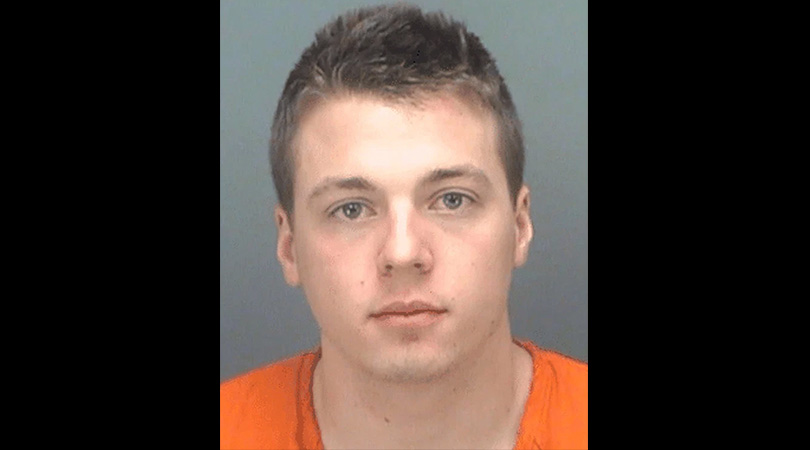 A Michigan State student was arrested for drunkenly peeing off a balcony at the nightclub 260 First in St. Petersburg, Florida and hitting two women sitting on a bench below.

20-year-old Jack DeBrabander was having what was presumably a pretty fun little night when, perhaps because the men’s bathroom line was being held up by people who couldn’t do cocaine in a timely manner, or perhaps because he was just too drunk to care, he decided to pee off the outdoor balcony of 260 First.

When police showed up they said DeBrabander was intoxicated and uncooperative. He was ultimately arrested on two battery counts and released from custody after posting a $1000 bond.

1. There’s pretty much no getting this plead down to something else, right? They usually aren’t even lenient on public peeing that harmlessly hits a wall, and this guy peed in someone’s mouth. It’s gonna be a toughie for this kid’s lawyer but… that’s what he or she went to law school for? Getting middle-class and up kids out of trouble is actually a pretty good living so no shame.

2. This kid is lucky these two women didn’t climb up that balcony, beat him mercilessly, and then throw him off but I guess they were busy throwing up since their mouths got turned into impromptu toilets. But really the police should have been investigating a dead male body with forty puncture wounds from stiletto heels.

3. “Jesus, another one?” – These Florida cops when they heard they needed to arrest someone for peeing into someone else’s mouth. Probably.

Watch: Store Owner Has to Tell People to Stop Warming Up Pee in His Microwave