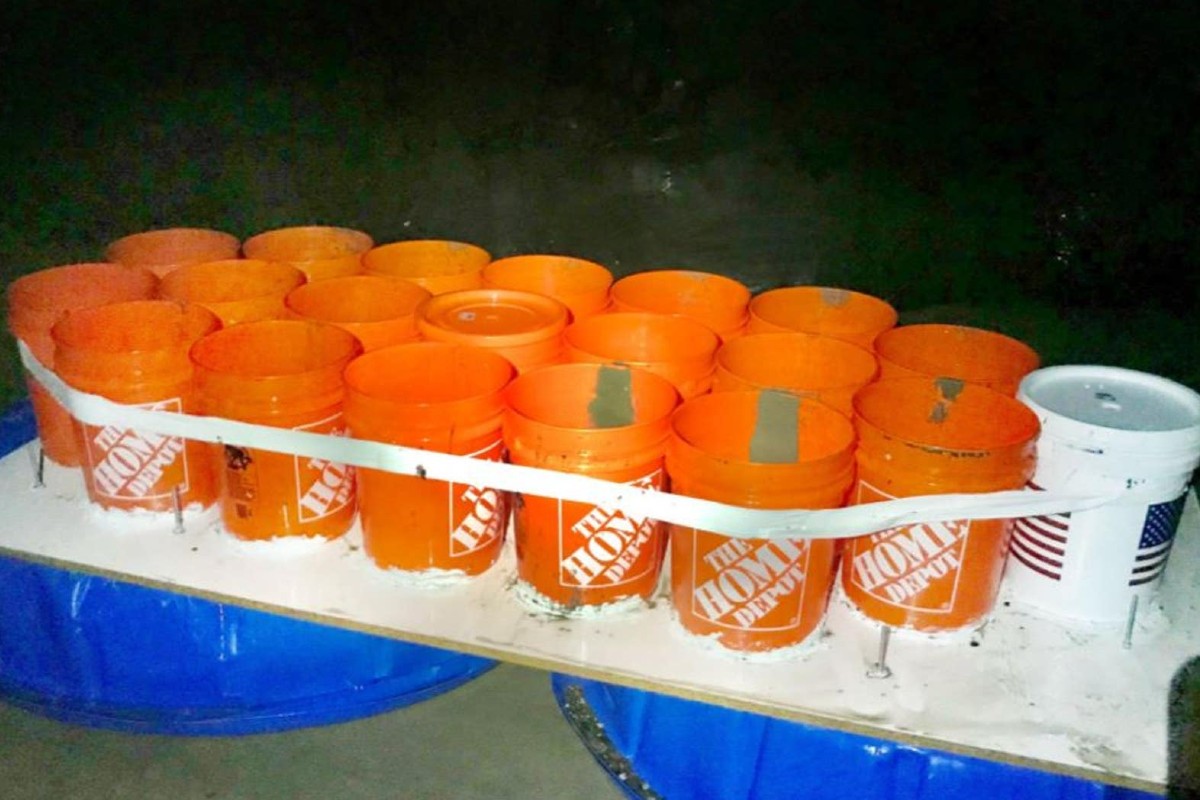 In the wee hours of Saturday morning, the Santa Barbara County Fire Department was summoned for an unusual nautical rescue mission. Their rescuees? Two male college students who had drifted off to sea on a makeshift boat made from two plastic kiddie pools, 20 Home Depot buckets, a large piece of plywood, and duct tape. The students were not engineering majors, The San Luis Obispo Tribune was quick to note.

If Nautical Nonsense Is Something You Wish-Two male students in their 20’s were rescued unharmed at 2:37 a.m. Sat off Isla Vista after they were unable to return to shore in their boat fashioned from duct tape, buckets, and kiddie pools. Alcohol was not a factor. *Call Newsline* pic.twitter.com/Ug568BY9EF

The two University of California college students, who were in their early ’20s, had launched their homemade boat from Camino Del Sur and Del Playa Drive in Isla Vista. Neither of the men had wetsuits, which would have come in handy as they tried to navigate the icy ocean on a boat made of buckets, noted Fire department spokesman Mike Eliason, who told Newsweek that the water temperature was around 50 degrees.

According to Eliason, the fire department was alerted to the situation around 2 a.m. by a concerned bystander, who saw the men struggling with a single paddle in the chilly waters. “We sent our resources and we saw that they were about 300 yards offshore,” he said.

The early Saturday morning rescue took around 30 minutes and involved three engine companies, two water rescue teams, and an ambulance. Eliason said crewmembers had to steer around “jagged points” to reach the students.

“They’re not engineering students,” he reiterated. “It did take a lot of resources that put them at unnecessary risk going out in the dark looking for these guys and digging their jet skis around areas that are rocky trying to get to these guys when they didn’t really need to be there at that time.”

In a Twitter post (cheekily captioned “If Nautical Nonsense Is Something You Wish”, a reference to Sponge Bob Squarepants), Eliason noted that alcohol is not believed to have been a contributing factor in any of the decisions made.

“Still curious as to why they decided to do this at 2 o’clock in the morning,” Eliason told CNN.