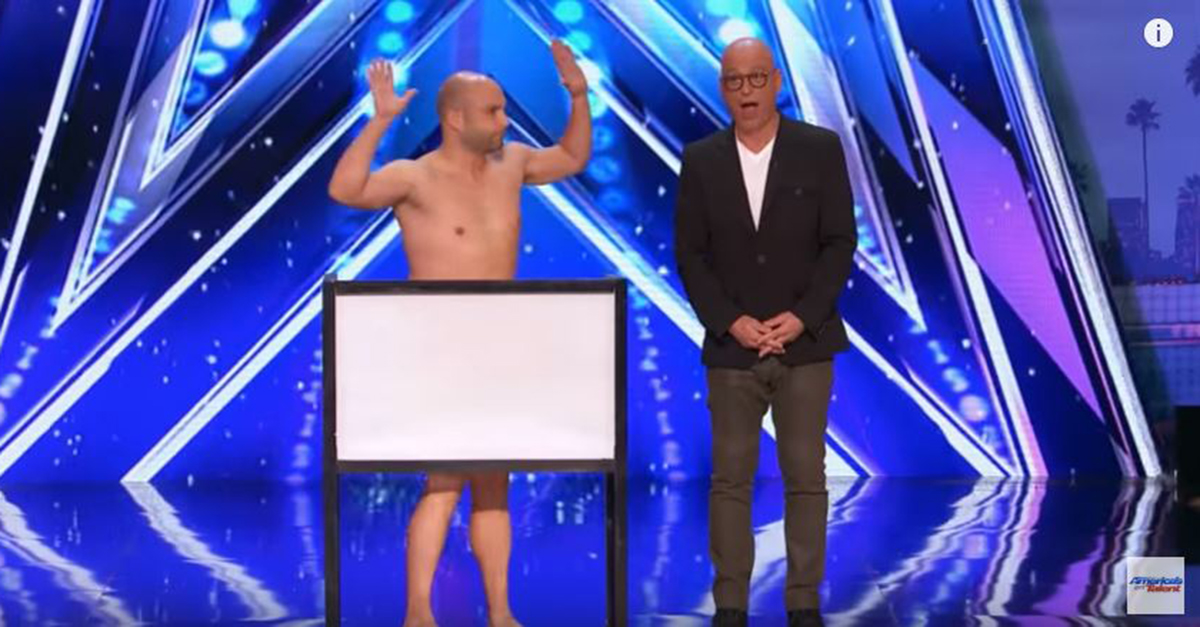 Nudity can spice up any performance, so why not add it to your routine as a magician? That’s the approach comedic magician Vinny Grosso takes, and the contestant brought his routine, magic wand and all, to NBC’s “America’s Got Talent” for one revealing audition.

What seemed like a normal routine at first took a weird turn after Grosso asked AGT judge Howie Mandel to come on stage to assist him. The magician held out a deck of cards and asked Mandel to pick one, without looking at it, and place it in his pocket. A normal magic trick, right?

But then Grosso handed Mandel a flashlight and asked him to check his ears for any listening devices, and Mandel didn’t find any. Grosso then mentioned how he could be wearing a wire, and while he claimed he wasn’t, he said the audience and other judges didn’t look convinced.

To prove he wasn’t wearing a wire, Grosso ripped off the tuxedo he wore to the audition, leaving him on stage in just shoes, underwear, cuffs and a bow tie. “If people are just tuning in now, it’s not what it looks like,” Mandel said to the camera.

Things got even weirder as Grosso told Mandel he would have to vouch for everyone else and then proceeded to remove the shoes, cuffs and bow tie. He then went behind a divider he brought on stage and removed his underwear. Mandel was not expecting to be standing next to a naked magician, and the surprise was visible on his face. Hilariously, host Tyra Banks also jumped out on stage to confirm his nakedness.

He confirmed Grosso wasn’t wearing a wire and then watched as Grosso taped his eyes shut to eliminate his sense of sight. Grosso asked Mandel to tap the card he chose from the deck on the magician’s tongue and, using his “incredible, superhuman-like sense of taste,” guessed that the card was a three of hearts.

Grosso then asked Mandel to show everyone the card, and indeed it was a three of hearts to conclude the not so simple card trick. “That’s good,” Mel B said, as the audience and the rest of the judges, Heidi Klum and Simon Cowell, applauded the naked magician.

Watch: Couple Leaves Crowd in Awe With Flawless ?Stand By Me? Dance