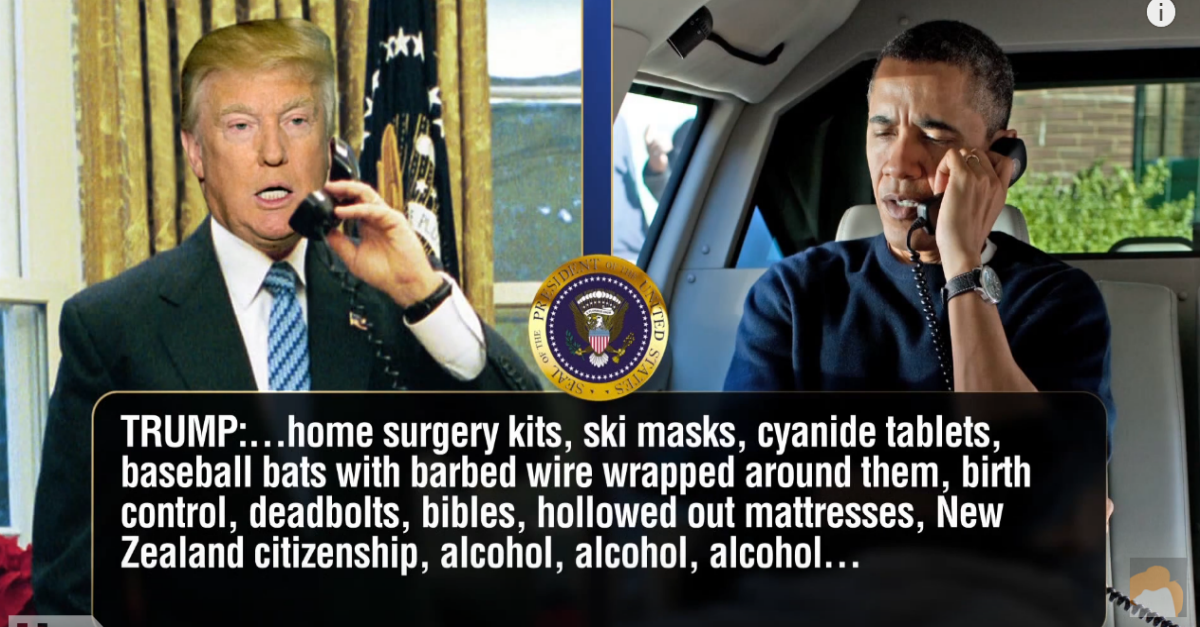 One of the recurring bits on Conan’s show is the phone calls between President Trump and his predecessor.

In previous episodes, the two have talked about pretty much everything, with Trump’s antics and absurdity shining through. This week’s episode is no different.

RELATED: According to Conan, Trump called Obama to tell him about having his cat arrested for treason

The talk of the town lately has been Trump’s claims that Obama is secretly wiretapping him. Unsurprisingly, that’s exactly what he wants to discuss with his predecessor in Conan’s sketch.

Trump calls to brag that “ever since I was elected, American consumers are buying all sorts of things in record numbers.”