While the nation was preparing for Donald Trump’s wall on the Mexican border, Conan O’Brien was in Mexico doing his show for some viewers in the deep south. As Americans were oddly not very familiar with Mexican culture–it seems that all we know about our neighbors comes from Mexican wrestling and Spanish-language soap operas.

RELATED: The crew on “Conan” has a lot of complaints, and they’re letting them out

In the latest Conan in Mexico clip, the host straps on his own wrestling boots and adopts the character of “The Crazy Rooster.” Unfortunately, O’Brien has all of the pomp and none of the strength of a Mexican wrestler. Thankfully, his Mexican counterparts seemed excited to train the host to be the best luchador in the business. 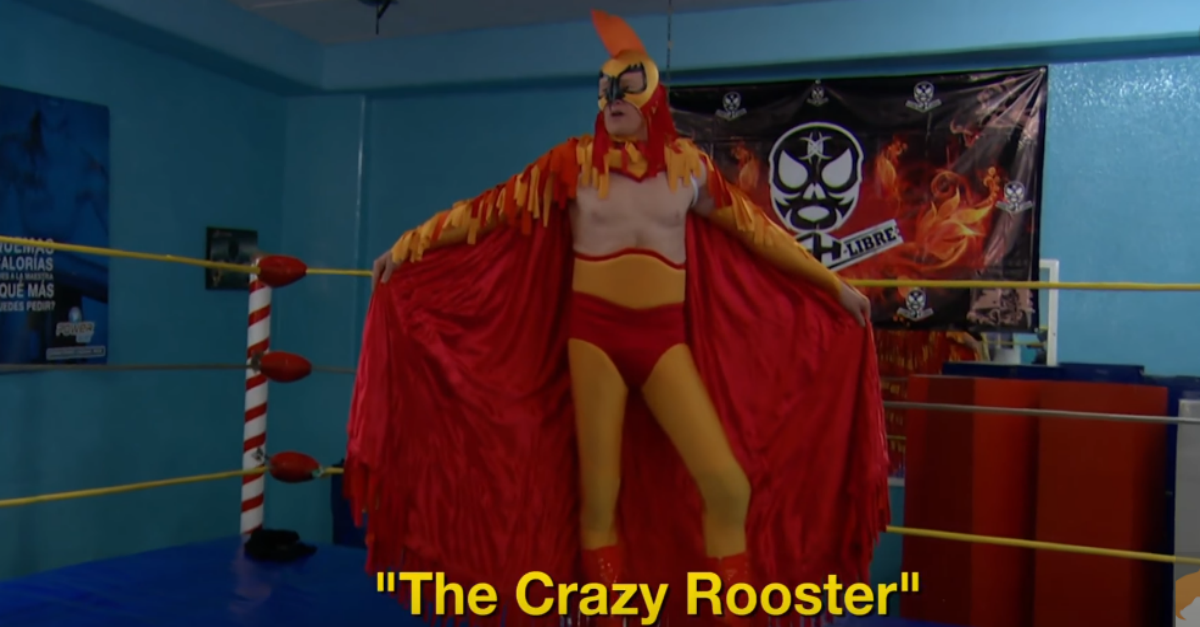