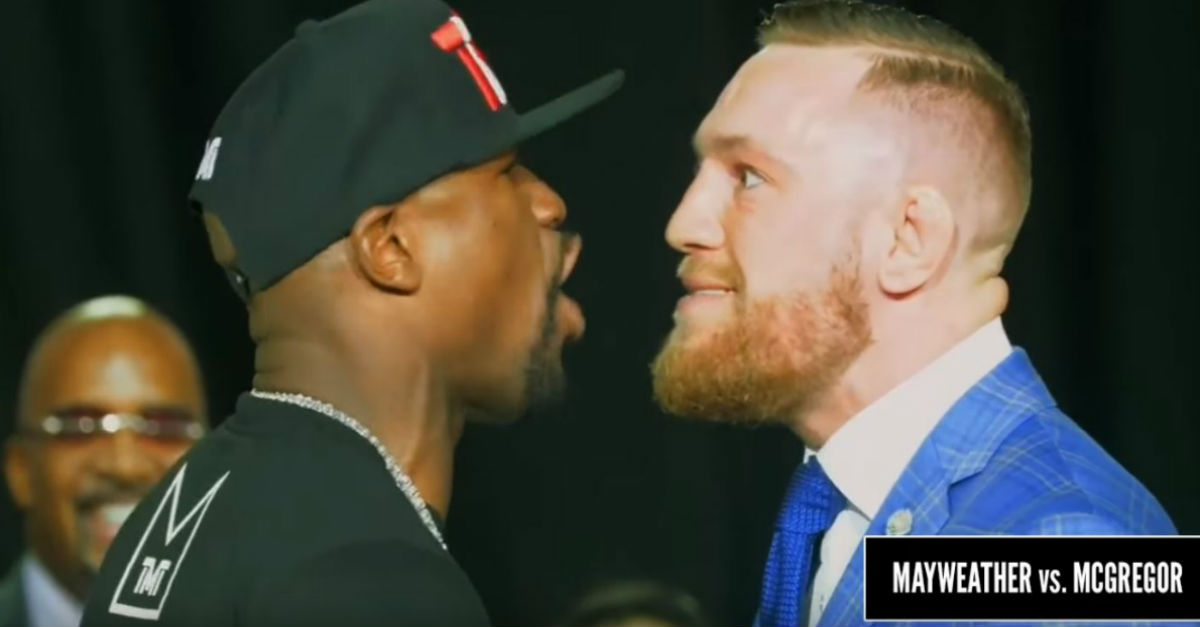 Every sports fan in the county is looking forward to the fight between UFC Champion Conor McGregor and undefeated boxing star Floyd Mayweather. The two will fight at the end of August but before that, they’re stopping by a number of countries and doing appearances. Both men are known for running their mouths and their events have been nothing short of spectacular.

On Friday afternoon, the wildly hilarious YouTube channel Bad Lip Reading put out a video of the two men at each others faces. However, instead of the spitting obscenities that they actually threw out each other, the insults, which included “you got a pickle head” and “you’re just a sloth” were a lot more safe-for-work.