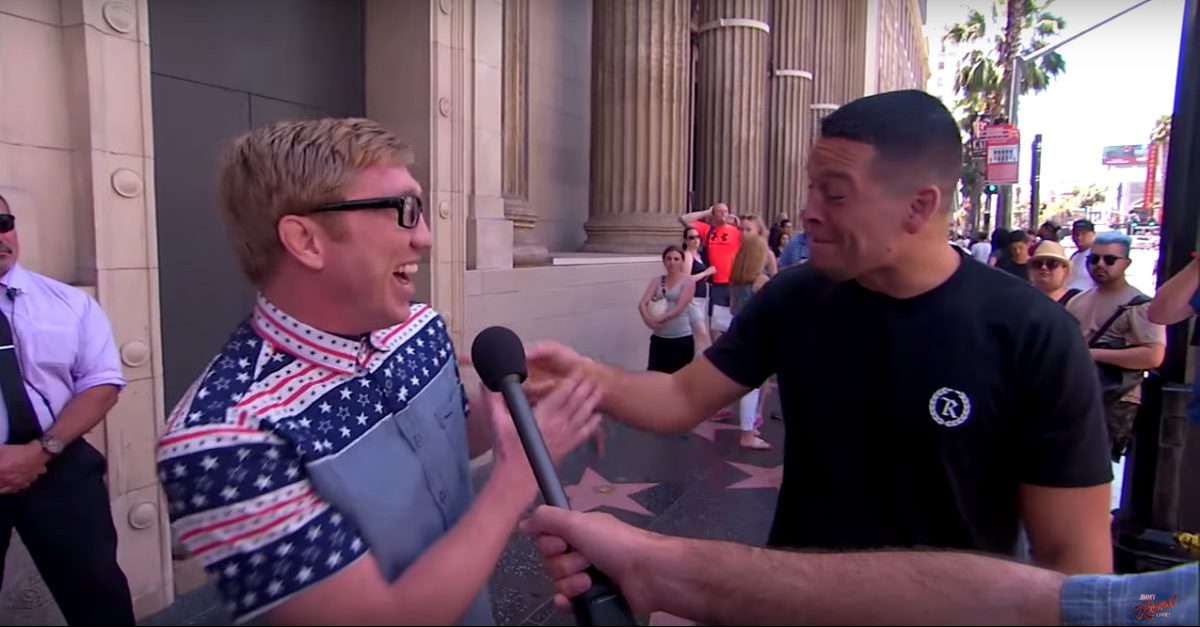 On August 20, Nate Diaz and Conor McGregor will face off at UFC 202, a rematch of their UFC 196 bout back in March that saw Diaz walk away the victor. In a “What’s Up?” segment on “Jimmy Kimmel Live!,” several UFC fans were asked who they thought would come up on top.

Little did they know that Nate Diaz himself was waiting in a secure room off-camera to take them by surprise. Three particular fans were pretty confident that McGregor would get the W, and boy, were they in for a rude surprise.

The looks on their faces when Diaz sneaks up behind them after they were just talking trash about him are absolutely priceless. That’s the look of somebody who know he’s done goofed.

RELATED: Jimmy Kimmel and Matt Damon try to sort out their differences with their hilarious return to couples therapy