Construction Worker Shoots Self with Nail Gun, Tries to Pull Nail Out with Pliers 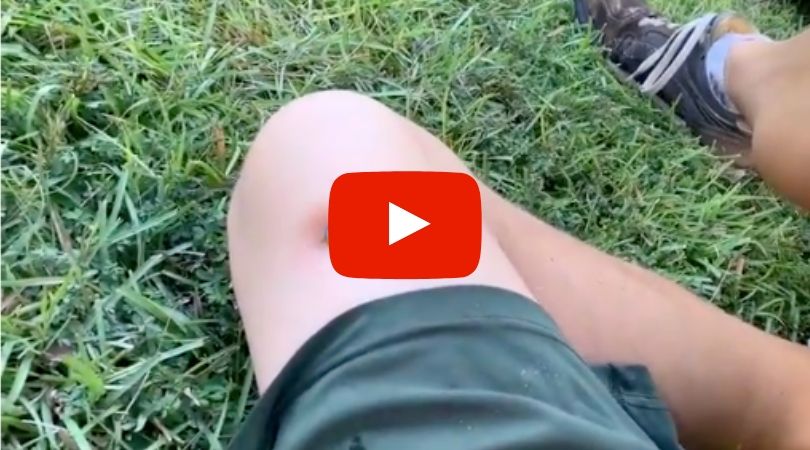 A Georgia construction worker was building a wooden play pirate ship with a friend when the nail gun he was using discharged a nail straight into his leg. Miraculously, Derek Hinkley somehow managed to not spend the moments immediately after shooting himself in the leg with a 3-inch nail crying, puking, and turning his shorts into the world’s dirtiest diaper.

Instead of shrieking upward at the sky to God to please make the bad things stop this psycho tried to pull the nail out with pliers. To be fair, it’s hard to blame him for not being able to think straight with three inches of pure, cold pain jammed into his leg.

The nail ultimately proved impossible for Hinkley to yank out of himself with pliers. The 3-inch penny nail has grooves on it that makes it difficult to extract. Great if you’re trying to keep a kid’s pirate ship together but terrible if you’re trying to get it out of your fleshy leg after you’ve accidentally shot yourself.

Again, it’s miraculous that at no point during this nightmare ordeal did Hinkley empty his bowels and tear ducts. The only explanation is that everything was too surreal to properly comprehend. He was like that guy in Saving Private Ryan wandering Omaha Beach looking for the arm that a shell or burst of machine-gun fire had just freshly ripped off.

Eventually, paramedics got there, informed Hinkley that trying to perform surgery on himself using rusty tools was a terrible idea, and gave him pain medication. He was then taken to the hospital where the removal of the nail went smoothly. Hinkley was released from the hospital that same day and he even eventually helped his buddy finish building the pirate ship.

This story was originally published October 10, 2019.

Watch: This Guy Accidentally Shot Himself In The Heart With A Nail Gun and Then Drove Himself to The Hospital