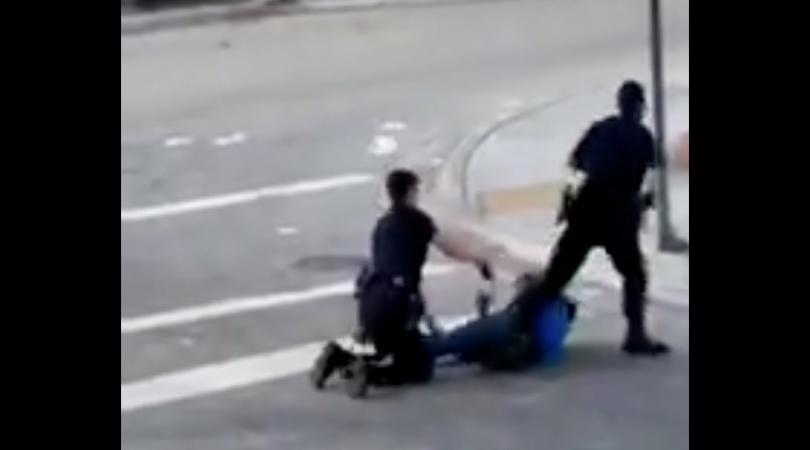 A Miami police officer was in the midst of a chaotic arrest with his partner when, in the heat of the moment, he accidentally electrified the guy with the badge and uniform instead of the one on crack. It’s a fairly sizable mixup, but then again I’ve never wrestled with a man-powered by crack. It’s likely a harrowing experience. Who knows what could happen.

So, then, it’s understandable that in the process of arresting Riboberto Castillo, who they claim was handing off a crack pipe to another man, the officer would zap the wrong guy out of confusion and fluster. Either way, the video is pretty entertaining.

Obviously, the cop eats it hard. There are few things more entertaining and entrancing than someone getting lit up by a taser, specifically when they go absolutely stiff. It’s like someone shouted “Freeze all motor functions” at a Westworld host mid-run. I could watch a compilation of that stuff for hours, transfixed throughout.

The tasered cop was somehow able to recover and continue the arrest, however. Impressive. Maybe he’s taken a taser shot before? Do cops have to get tasered and pepper-sprayed in training the same way when you’re in the military you have to get tear-gassed or whatever? It would make sense.

The cops were able to finish the arrest and take Castillo in and the officer who was tasered didn’t suffer any injuries. Even still, that guy’s partner absolutely owes him a few dozen beers.

Remember if you’re ever accidentally tasered, do the following:

Hope that advice was helpful.