Rowdy Couple Caught Having Sex on a Double Decker 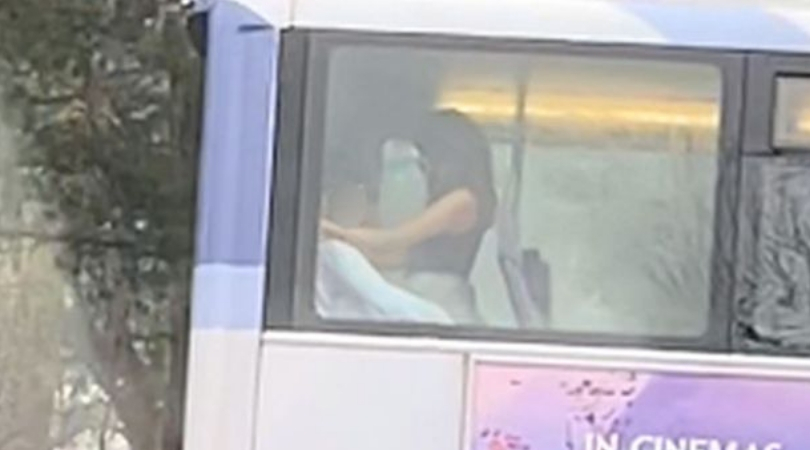 Listen, there is nothing wrong with a little bit of public display of affection, here and there. I get it, you’re in love, you want to show the world you’re in love. All normal, all cool. That being said, what we’re not gonna do is have sex out in the open where everyone can pretty much see you.

Like this rowdy couple, who decided to have a go at it on the top deck of a double-decker bus. The shame, the horror, the bravery! The UK couple decided to get “jiggy” within the busy, which was passing a school. To make things even worse, there is a video of it. Yes, the video then caused the duo to be shamed by social media outlets.

Because well, it’s funny of course. The heavy sexual encounter occurred on a bus riding through Prestwich, Manchester. John Paul Dolan, a gas engineer, was in a van with a friend at the time, noticed the “movement” in his peripherals on a bus. The bus had a hilarious ad for “Frozen 2” on it, which just makes this even better.

Upon looking closer, he saw the couple vigorously having sex on the upper deck of the bus. Yup, in full view of all other cars. The video shows a woman blatantly straddling the man in front of other passengers as the bus was going down the street.

Although he found the situation pretty funny, Dolan said he changed his mind after he realized the bus was headed towards a high school. So, he did what any normal person would. He posted the video to social media to shame the couple, which then quickly went viral and was taken down. Because it’s sex we’re talking about, everyone loves a good shame.

Apparently, the transit company, Go North West, caught wind of the video and has “informed the relevant authorities” about it. But let’s be real, these two are probably going to get away with it. It’s ridiculous, really. Hilarious, but ridiculous. I mean, it amazes me that these two just didn’t feel an inch of embarrassment. This is one true and strong couple, y’all. True love, a round of applause.