How Did They Think It Was a Good Idea to Write This on Facebook? 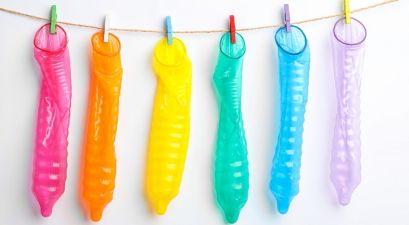 It was late. Mike was sitting in front of the television. He watched a DVD of an old Dean Martin roast and scrolled through Facebook on his iPad while he took sips from a glass of Scotch.

Read More: Kids Pour Boiling Water on Each Other as Part of “Hot Water Challenge”

As long as he could remember, all the way back to his childhood, Mike fancied himself something of a “smart aleck.” The 59-year-old prided himself on always having a snappy comeback. On always going there. He believed it was one of his defining — and most beloved — characteristics.

“That Mike. Such a cut up. He’s got something to say about everything. He. Is. A. Character!”

Mike imagined this was the sort of thing his friends, coworkers, and family members said to each other when they talked about him. (Probably while shaking their heads and chuckling, both at something funny they’d remembered Mike saying, and because of their broader appreciation for Mike’s sense of humor.)

It was probably what they used to say, anyway, Mike figured bitterly.

Times, they were a changin’, and apparently people couldn’t, or didn’t want to, keep up with Mike’s irreverent, brutally honest sense of humor anymore.

Mike found out the hard way that things weren’t the same as they used to be while pouring himself a cup of coffee in the break room at work that afternoon. It was June, so the company had just hired a new batch of college graduates. One of them, a 23-year-old girl named Jessica, walked in as Mike was pouring his coffee. She went over to the fridge to grab her lunch. Mike, always Mr. Social, finished pouring his coffee and said hello.

“Grabbin’ lunch?” he asked with a smirk.

“What do ya got there?” Mike continued.

“I asked my wife to make me a sandwich this morning,” Mike said with a twinkle in his eye.

Jessica didn’t know exactly where this was going but she didn’t feel great about the direction. Mike, meanwhile, was in middle of his windup.

“Yeah. Me, between her and our au pair!” he exclaimed with wide, excited eyes.

Mike was divorced and at no point in his life had the expendable income to afford an au pair, but he delivered the sexually explicit dad joke with enthusiastic commitment nonetheless.

“My name’s Mike,” he quickly followed up, extending his hand with a confident smile.

Jessica, unsure how to proceed but quite sure that she did not want the conversation to continue, scurried out of the break room with her Tupperware held close to her chest.

As far as he was concerned he’d established to the new girl that he was the office jokester. A real so and so she could come find by the water cooler if she felt like having a good time or just a quick laugh.

Two hours later, however, Mike was seated in front of Linda the HR lady and his boss, Daniel.

“Mike, do you know why you’re here?” Daniel asked.

“Am I finally getting promoted to that FBE position I’ve been gunning for?” he asked with a smile.

No, Mike. Not here. Not now you idiot.

Daniel worked with Mike for thirty years. He knew what was about to happen.

“FBE?” Linda asked. “What department is that?”

Daniel felt like he was watching someone execute themselves in slow motion.

Linda turned to Daniel slowly and shot him a look of deep displeasure that assured the manager she would be looking into how things were run in his department more closely. For a while.

“Well Mike, that is exactly why you’re here,” Linda replied.

“Is something the matter?” Mike asked, concerned.

“We’ve been informed by a female employee that you said something sexually inappropriate to her this afternoon,” Linda flatly informed him.

“It’s not appropriate, Mike. Especially not these days, with this new generation,” Daniel told him.

“Though word has spread pretty fast across the office about it and now there are dozens of more senior female employees who work here complaining about you as well,” Linda added

“No. We held a meeting about you with all the women who’d complained and they all agreed, unanimously, that the general aura of flaccidity that surrounds you makes you incapable of coming off as sexually threatening. They just hate your unfunny jokes and really want you to stop,” Linda interjected.

Daniel came around the desk and put his hand on Mike’s shoulder.

“Mike. You’ve got some vacation time built up. Take a week or two off, let this blow over, and think about how to behave at work in a way that your coworkers — and you — can enjoy.”

So there Mike sat on his couch, with his glass of Scotch, trying to decompress. He passively scrolled through Facebook to keep his mind busy, and watched the Dean Martin roast because it reminded him of better days. He felt lost and confused, then bitter that he had been made to feel that way, and, finally, defiant. He convinced himself that they were the wrong ones. They were just part of this political correctness problem consuming the country and, like so many other funny people before him, Mike had fallen victim to it. It wasn’t like the good old days when Don Rickles could walk in front of the mic, call everyone a homosexual, and instead of remembering the names of the two women on stage with him he could just refer to them as Uterus 1 and Uterus 2.

Mike’s internal tirade about “the times” was interrupted, however, by a news post he came across on his Facebook feed. About a high school girl. A popular girl who played on her high school’s football team and won homecoming queen.

“I’ll bet she’s popular in the locker room too,” Mike said to himself.

He still had it. He was still funny. The others were wrong!

Mike decided to forget about work. If they wanted him to be some stiff then fine, he’d be a stiff. He could take his sense of humor to the internet, where he knew it’d be appreciated. That’s where everyone was being funny nowadays anyway. That’s where he belonged. So Mike clicked on the comment bar and, with a smirk and a twinkle in his eye, he typed out, “I’ll be she’s popular in the locker room too.”

It grossed out all the friends, family, and coworkers who were friends with him on Facebook and saw it.