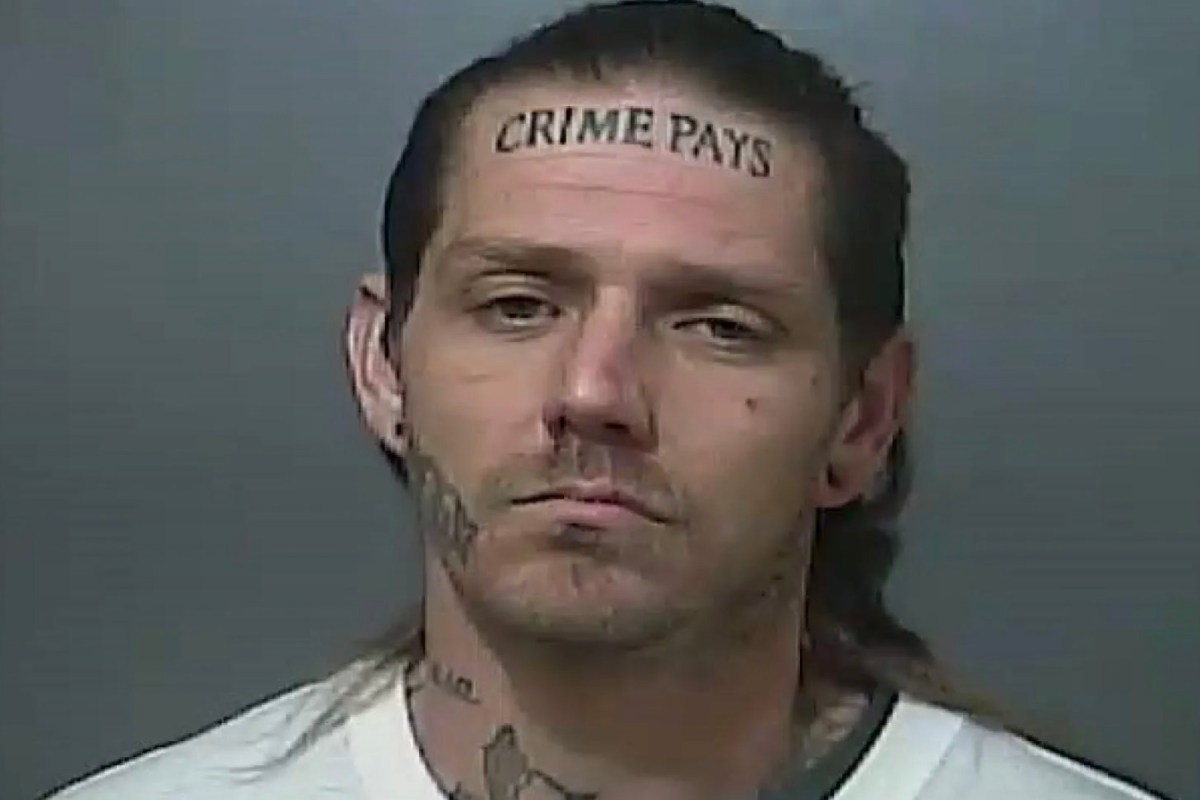 An Indiana man with a tattoo that conspicuously displays an eyebrow-raising belief of his (just above his eyebrows) is in jail now after leading police on a chase.

38-year-old Donald Murray, who has “CRIME PAYS” tattooed across his forehead, was arrested by Terre Haute Police Department officers after a short pursuit during which Murray stole a car, drove it into a tree, and then attempted to flee on foot. Murray was ultimately charged with resisting law enforcement, maintaining a common nuisance, reckless driving, possession of methamphetamine, and auto theft.

Back in December this criminal capitalist was arrested and charged with criminal recklessness and resisting law enforcement so his tattoo hasn’t really been accurate unless he’s been making cigarettes hand over fist selling meth and toilet wine in the county lockup.

1. This feels like a bad tattoo to have if you want crime to actually pay for you, doesn’t it? The same way having a tattoo on your forehead that reads, “I COUNT CARDS” might make casino security keep an extra eye on you or maybe just straight up take you into the back room and smash your hands with a hammer. And then burn your mom’s house down after they leave your body buried in a Nevada desert.

2. Maybe this is a product of once being an impressionable child half-raised by television but I feel like crime probably pays more in, say, Miami — cocaine! — than Indiana. But then again I might be underestimating the meth market. Also, obviously the cost of living is way cheaper in Indiana so the margins on money made to cost of living might be pretty good. Okay. Fine. Crime definitely pays in Indiana too. If you’re good at it. Not sure this guy is though.

Watch: Man Passes Out at Party, Has Sunglasses Tattooed onto His Face