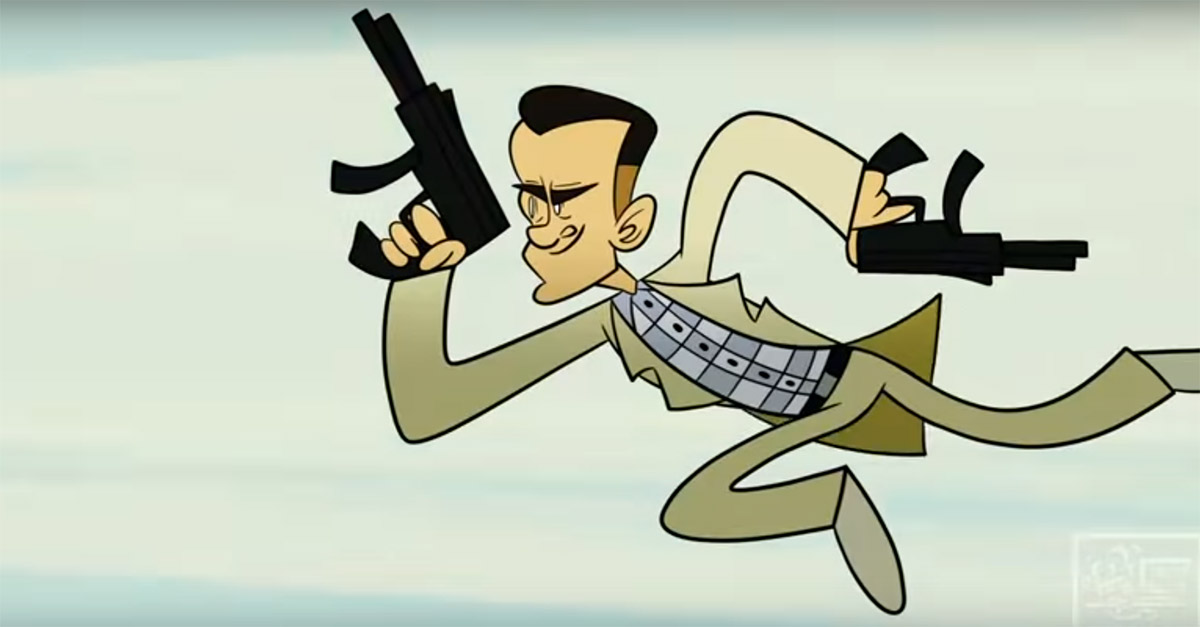 While our culture is somewhat oversaturated with ’90s nostalgia, there’s no denying that the decade produced some stone-cold classic films. While “Forrest Gump” and the “The Matrix” are both in that category, there isn’t a whole lot else they have in common. One is a drama about a developmentally disabled guy who can run like the wind living through American history from Vietnam onward, the other involves Keanu Reeves (the best action star of his generation, among his other achievements) fighting his way out of a machine-ruled computer world. What if the protagonists switched movies? Well, YouTube channel How It Should Have Ended has answered one half of that hypothetical with an original animated short in which Tom Hanks’ Forrest takes on the mantle of Neo, the One who is fated to have complete control over the computer generated illusion world known as the Matrix. Suffice to say, the tone of the movie is would be radically different.

While Reeves’ Neo was a brooding, quiet star, Gump is characteristically talkative and upbeat, even when being told that he’s lived his whole life in a computer-powered illusion. With a Bubba Gump Shrimp Co. hat in place of sunglasses, he soars through the action sets with a smile, seemingly oblivious to the mortal danger he’s in. The final showdown with Agent Smith becomes a ping-pong match of furious intensity.

Someone call up Tom Hanks and see if he’s willing to shoot this movie.