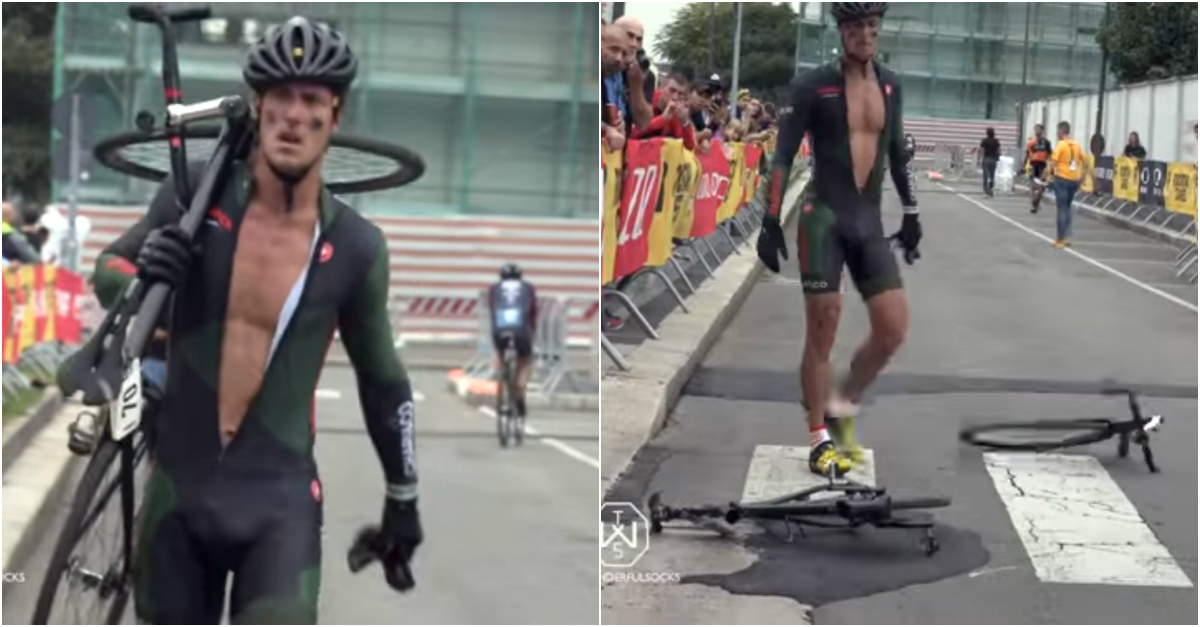 Nobody likes losing. It’s demoralizing and upsetting. That being said, most people can tolerate defeat. They can lose and still conduct themselves with grace and dignity. The cyclist in this video is not one of those people.

RELATED: This ignorant jaywalker paid the price for trash-talking an unforgiving motorist

We’re not entirely sure what occurred to cause this dude’s epic meltdown. We know he’s mad about losing, we just don’t know how he lost. Maybe his defeat was someone else’s fault and that’s why he’s so angry. Or maybe he’s mad because he knows he has nobody to blame but himself.

Either way, the end result is an insane freakout in which the cyclist throws his bike down on the ground, causing it to practically disintegrate upon impact. It might not be pretty, but it sure is funny.