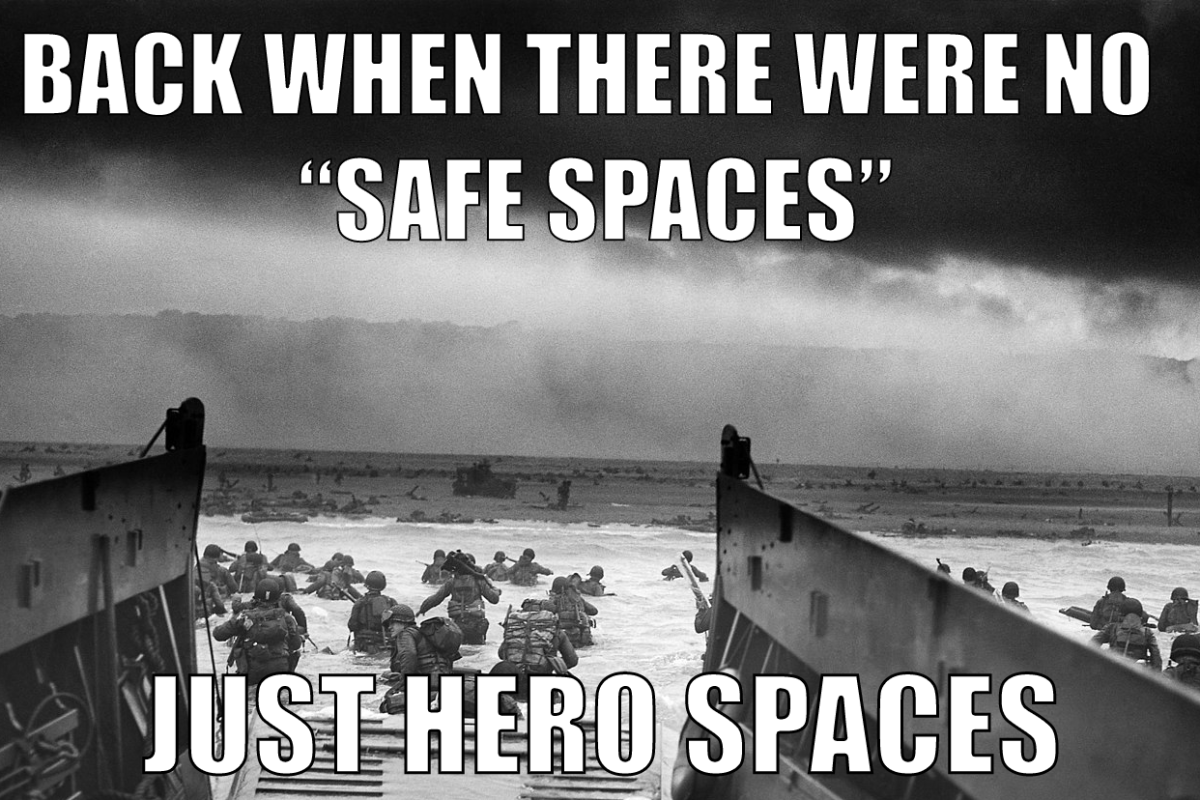 EXT. OMAHA BEACH – D-DAY, 1944
Bullets crack and whiz around the beach, fired down from pillboxes as American soldiers scream and take cover in the confusion. The scene is hell.

A young Private is hit in the chest by a bullet. He drops to the ground and gasps for breath. Blood spurts from his mouth. He is dying. His Squadmate runs over to him through the madness, safety be damned.

SQUADMATE
Anything. Anything buddy, you got it.

The Private tries to speak but coughs up a mouthful of blood instead.

PRIVATE
No. I gotta. After I?m gone? make sure I didn?t die in vain. And by ?in vain? I mean win this war, and then make sure that years — decades, even — from now people lord my violent, horrible death over people who want change because they might not have it that great, even though they still definitely have it better than me right now. I want to know that my sacrifice mattered, and I can think of no better way for that to be true than to have my horrific final moments used in as many petty political arguments as possible. To just really have my memory whored out for whatever inessential, low stakes cause they think it serves.

A few feet away a terrified, skinny 19-year-old is ripped in half by a hail of bullets from an MG-42. His intestines spill out onto the sand.

PRIVATE
Do it for him too.

The Private coughs up more blood. His gaze moves from his Squadmate and upward, to the sky. He takes one last sharp, shallow breath before the light leaves his eyes forever.

His Squadmate turns in a rage toward the pillbox hundreds of yards in front of him and unloads the entire clip in his Thompson Sub Machine Gun in a futile rage. He pulls out a new clip, jams it in angrily, and looks down at his fallen friend.

SQUADMATE
I won?t let you down buddy.

This article was originally published June 6, 2019.

Watch: WWII Plane From D-Day to Join in 75th Anniversary