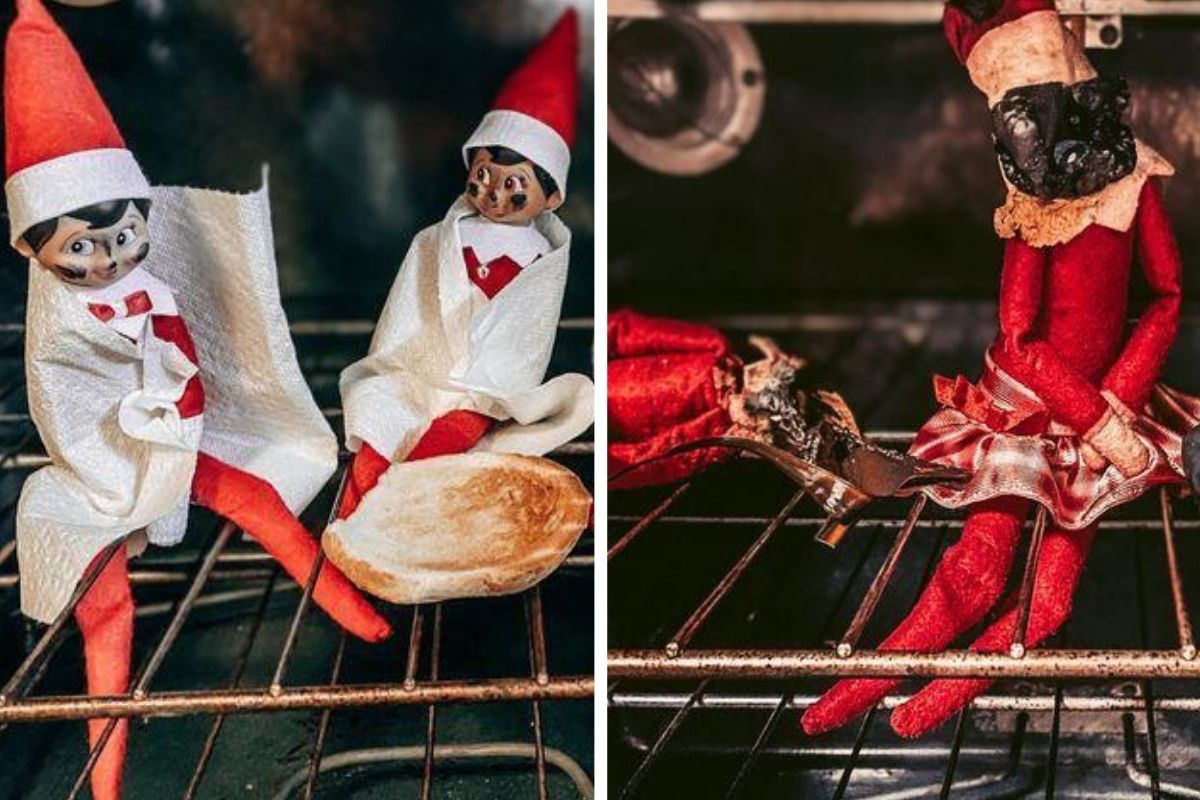 LOL! Listen up folks, here is what NOT to do this Christmas. This is such a dad move, so much so that I can’t stop laughing. It’s no secret that parents are always excited to partake in ‘Elf on the Shelf’ during the holiday season. We know that children enjoy a Christmas tradition like this because it makes it seem like Santa is real and is on his way to their house from the North Pole. But it’s probably a good idea to keep your partner aware of the situation, otherwise, things can go south very very quickly.

Apparently, Chelsea Hightower from Kansas found out the hard way when her husband accidentally cremated a family of elves inside their oven. The mom had placed the toys in the oven to take cute photos of them, joking that the trio needed to warm up after having been inside the fridge. But, that didn’t last long, after her husband Matt Hightower switched on the oven while she was out Christmas shopping.

Houston, We Have a Problem!

So, yes, this poor dad burned the elves to a crisp. Bye-bye elves, it was nice seeing you. After what one could imagine was a pretty horrid smell, Matt decided to call Chelsea to tell her the bad news. As expected, the mom had to share the pictures of the melting elves on social media to show the extent of the severe damage. The mom joked that they had to be taken to the ‘Elfspital’ saying, “thank you, everyone, for the concerns of our elves Jingle, Bell, and Magic!”

The mom noted, “Yesterday what started out as just warming themselves up in the oven after a day in the fridge and things got more toasty than planned when this momma stepped out briefly to roam the aisles of Target solo in hopes to finish up Christmas Shopping. It wasn’t long into my outing where I received ‘the call’ from Matt unaware of what I would hear next……’Babe, I feel horrible (insert long awkward pause) I cooked the elves.” A hilarious mishap.

Oh man, this is wonderful. I can only imagine how much the mom laughed whenever she heard her husband say that. I guess it’s true what they say, sometimes we can be very clueless. But let’s face it, it can happen to anyone. Luckily, the mom said that the family’s elves are expected to make a full recovery after several hours of shopping, reconstruction, and rest.

Let’s be honest, we all know that this woman probably went to Target and bought some new elves because these were goners. Mom of the year! Taking a joke to another level, the mom also posted another picture of the elves with the caption, “To whomever this may help in this elf season BAKE COOKIES NOT ELVES! Parent lesson #48,573,728,485: don’t forget the elves were in the oven!!” Here’s your PSA to check the inside of your oven before you turn it on and heat up some leftover pasta.