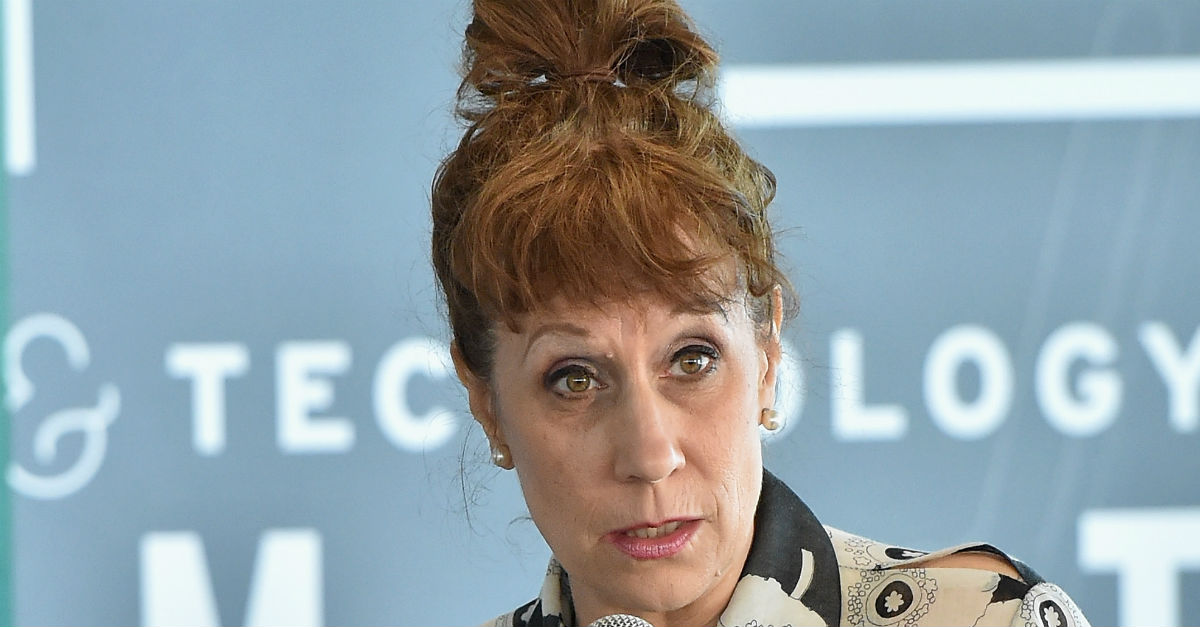 Lizz Winstead has had a pretty phenomenal career and a huge influence on comedy. As one of the creators behind “The Daily Show,” she helped shape the late night conversation. On Friday, Winstead talked with CNN about making comedy under Trump. She joked that the Trump presidency feels like “everyone let go of all the Macy’s balloons in the parade and they just started deflating and crashing into buildings.”

RELATED: ?The Daily Show? takes on the anti-Trump rendition of ?Julius Caesar?

Winstead has backed Democratic candidates, but she feels that talking with people from both sides of the aisle is important. The writer has worked to bring attention to the issue of sexism and she says that she “learns nothing” from people who “aren’t smart enough to call people out on their behavior and immediately go to the looks.” Specifically, she noted that people who make “crass comments” about Melania Trump’s days as a model bring nothing to the conversation.

RELATED: ?The Daily Show? tries to figure out who the ?slimy? one is in Megyn Kelly?s interview with Vladimir Putin

When asked if she thinks comedians should make an effort to bring on conservative guests, Winstead answered that “conversation with people who don’t think like you is always a good idea.” However, she also seemed to take a shot at Megyn Kelly for her Alex Jones interview, saying “conversation with people who are willfully promoting fake news and pseudo science is legitimizing a platform of things that aren’t true and I don’t think that is good at all.”