A Dallas man’s graphic front yard Halloween decorations are trending on social media and have been garnering police visits, 911 calls, and some odd looks from neighbors because the decorations are… really graphic.

A Halloween Display from Hell

It should be no surprise that local artist Steven Novak of Dallas, Texas has Halloween decorations that are a pure, terrifying work of art. Novak’s East Dallas home has been converted into the sort of crime scene that would make a veteran cop puke, cry, and retire on the spot. It’s covered in dead bodies and gallons of blood. There are dismembered bodies and chainsaws, fake blood, a wheelbarrow with a corpse in it, and all manner of stray body parts in hefty bags littered across his lawn. In the middle of the night zombies can be seen inside the home clawing at the windows.

The gory scene does not hold back.

Novak’s decorations are so hardcore that he says his East Dallas neighbors have called the Dallas Police Department because of the bodies and gallons of fake blood on his lawn. Much to the dismay of early dog walkers and joggers, Novak has had to repeatedly reapply the fake blood to his lawn because rain has washed it away several times.

Adults and kids alike in the neighborhood have been both fascinated and frightened by the decorations. Novak relayed one story to the Dallas Observer about a little kid asking him how the “people” on his lawn died. It is… exactly in line with Novak’s personality based on his decoration preferences.

“A kid walked by and asked me what happened to them; I said they ate too many Skittles.”

Fourth graders skipping up to Novak’s door in your cute little Halloween costumes, dressed like The Avengers or something, be forewarned. This guy has the treats and the tricks. 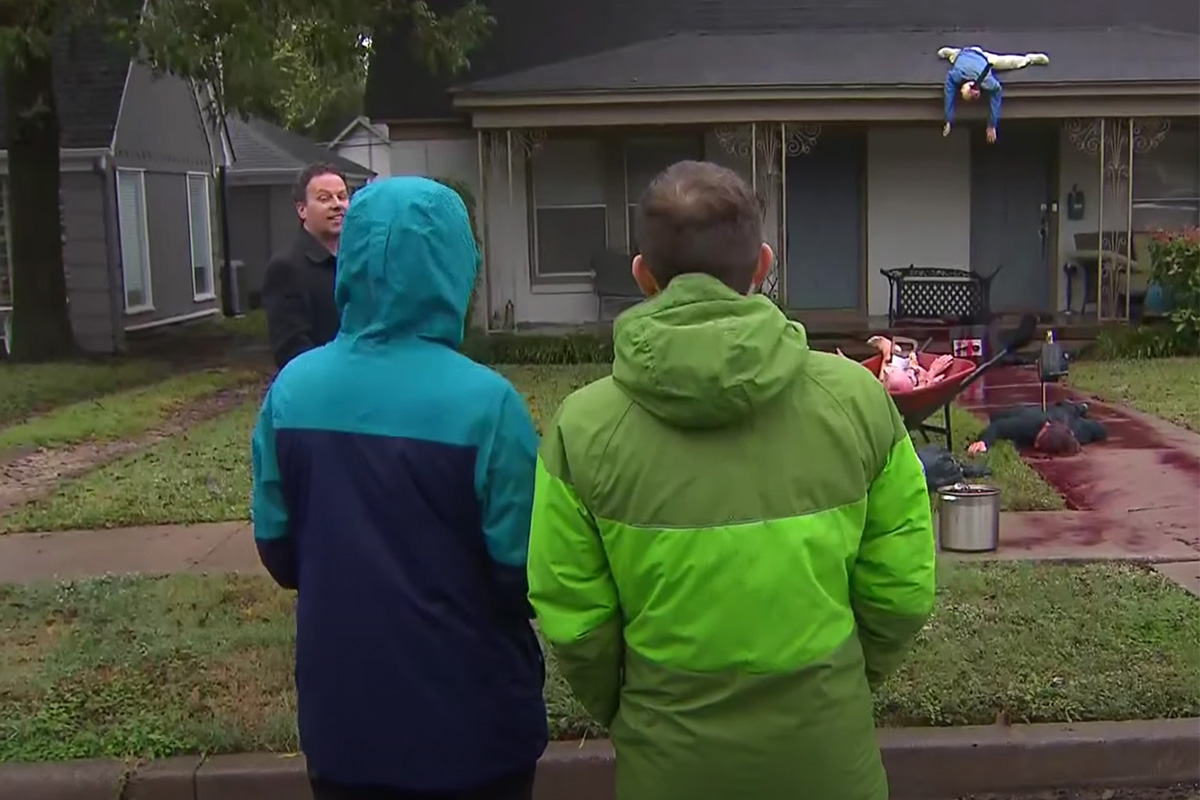