Lunatic Films Himself Inside of Deadly Dallas Tornado 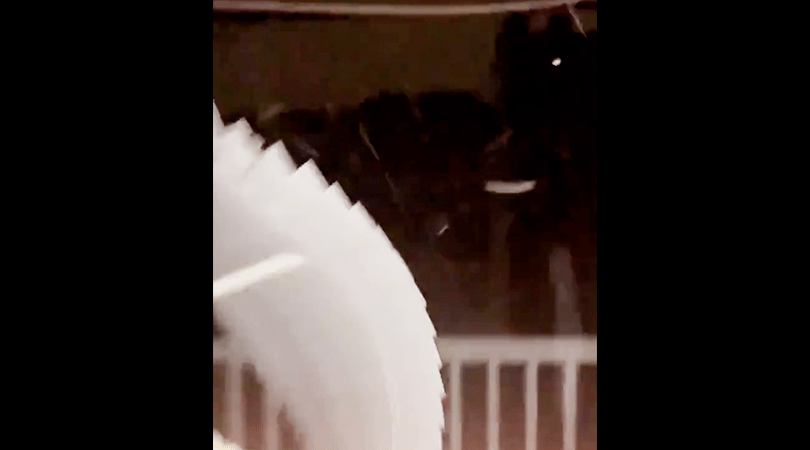 A guy in Dallas who somehow has no fear of dying an unimaginably gruesome death by way of being impaled by lawn furniture flying at 90mph walked out onto his balcony and filmed the tornado that was ripping through his neighborhood. The video is terrifying.

Aamer Alasaad shot the video after the roof of his Richardson, Texas home had collapsed so apparently at that point he was resigned to death but didn’t want to go out without leaving some good content behind. Mission accomplished (and he didn’t even have to die!).

It looks like he was reporting live from Armageddon. This is, by the way, absolutely, positively not what you should do when a tornado is setting up shop right on top of you. It’s an absolute miracle emergency workers didn’t find Alasaad’s body shredded to ribbons by broken glass and uprooted cacti.

For those unaware, the proper protocol for when a tornado is bearing down on your house is to grab a bottle of your strongest, brownest liquor, jump in the basement or bathtub, and start chugging/praying. Under no circumstances should you walk outside with your phone in hand, basically screaming “World Star” at the natural weapon of mass destruction as you film what will likely get you the 15 seconds of fame you’ve always wanted, but in the most painful way imaginable.

Fortunately, the tornado that tore through the northwest Dallas area really only damaged inanimate objects like Alasaad’s roof. There were minor injuries reported but no major injuries or deaths reported in the Metroplex. Pretty impressive, especially considering that, again, this guy basically went full redneck here. Thank God he didn’t have a 4-wheeler handy or he may very well have driven that thing straight into the ‘nader.