Comedy legend Dave Chappelle surprised viewers of “The Tonight Show” recently when he gatecrashed a recent edition of the popular segment “Freestylin’ with The Roots,” in which host Jimmy Fallon picks a “random” audience member, asks them a bunch of questions and has his house band The Roots freestyle a song based on the answers.

Chappelle was there to plug his upcoming Radio City Music Hall residency — which will also feature The Roots as special guests. Fallon asked Chappelle what his superpower would be, to which he rather drolly responded, “Disappearing for long periods of time.”

His biggest weakness is “the need for money.” Apparently that’s the only reason he decides to reappear. The always reliable Roots took Chappelle’s snarky answers and turned them into a freestyled reworking of New Edition’s “Candy Girl”. 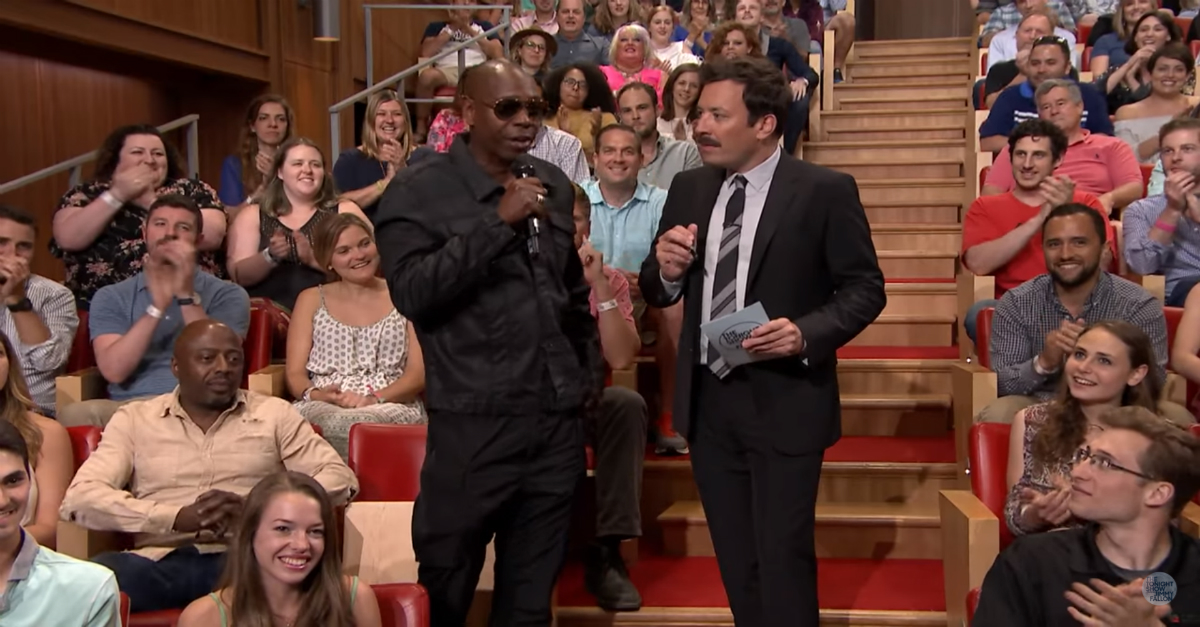