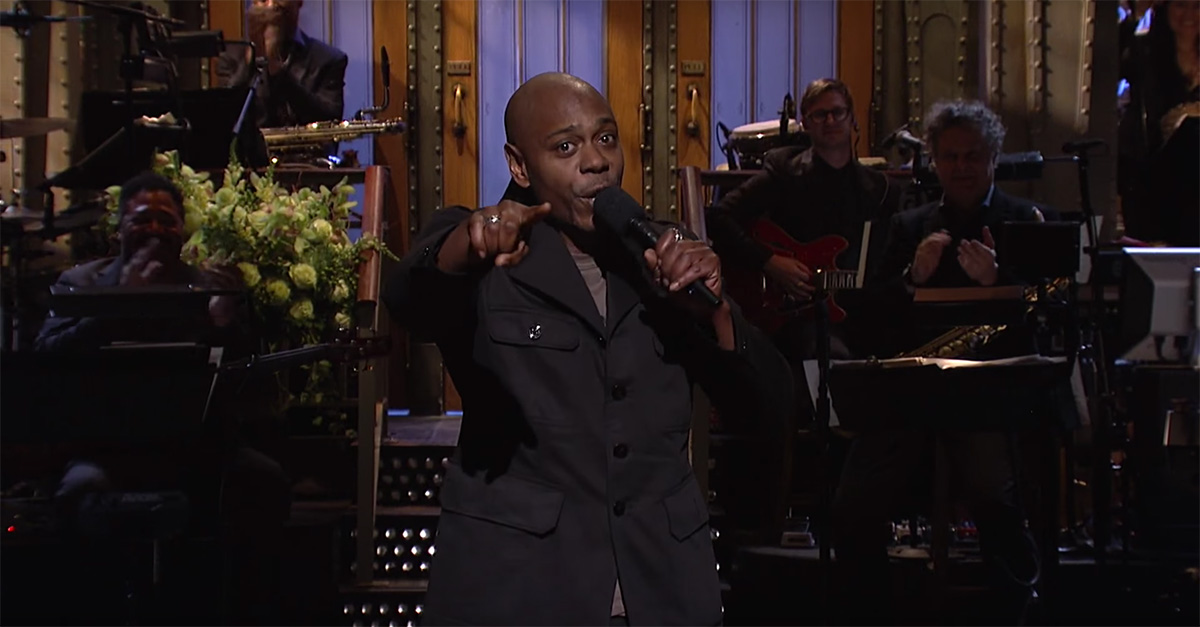 What can be said about the return of Dave Chappelle besides, “Damn, man, what took you so long?” After a decade away from the biggest of stages, a decade spent on marathon stand-up sets, James Lipton interviews, and pumping iron, Dave Chappelle finally crossed an item off his bucket list (as he said at the show’s close) and hosted an episode of NBC’s Saturday Night Live.

With Kate McKinnon’s cold open a bit on the shorter side for SNL, Chappelle got over 10 minutes for his opening monologue, basically perfecting a “mini-set” on everything. From referring to President Donald Trump’s inauguration as an election of “an internet troll” to the Pulse nightclub shooting, he also talks about Black Lives Matter and experiences as a Black person at the White House for the first time.

“If I’m going to have sex with a girl, and right before I did it I screamed out ‘Wu-Tang,’ that doesn’t mean I’m in the Wu-Tang Clan,” he joked with no remorse.

He also mentions Harambe and how Bradley Cooper was the only White person at a BET sponsored party at the White House. In an array of topics that he hilariously strings together so smoothly, it’s amazing how he was able to genuinely wish President Donald Trump luck in running the United States.

Some may have thought that after so long away from the spotlight, Chappelle wouldn’t have his fastball anymore. This SNL monologue, however, proved them wrong. Not only can Chappelle still hit three digits on the radar gun, the final moments of the monologue show off his curveball, which looks better than ever.

At once healing and biting, Chappelle’s words have never been more poignant. Please, Dave, don’t leave us again now. We don’t want to keep combing through social media to find some light-hearted humor in today’s most pressing issues.

Editor’s note: This article was originally published on November 13, 2016.