Last Sunday, our neighbors to the north put on The Canadian Screen Awards, which featured a number of great actors and actresses. Comedian Dave Chappelle was in attendance to present the Icon Award to Canadian comedy brand “Just for Laughs,” and the Canadian Broadcasting Service caught up with the funnyman to talk about, among other things, Donald Trump.

When asked if he believes that “comedy has a role to play under Trump,” the 43 year old answered, “It’s turning out that way. I wouldn’t normally have made that assumption though.”

“I think Trump’s kind of bad for comedy,” he added. “Most comics in the States are starting to do the same jokes, just because Trump is so on everybody’s mind.”

Chappelle has enjoyed a platform that allows him to comment on social issues without being taken too seriously. He’s known for bringing up race relations and class mobility in his routines. At a recent town hall in his hometown, the comedian expressed the importance of a responsible police force.

On his tendency to stay out of the public eye, Chappelle said, “I enjoy celebrity, but that’s not something that I completely trust…you get big enough, they blow you up like a balloon animal.”

RELATED: Dave Chappelle is back and the first clip from his new special has us excited

The comedian has partnered with Netflix and will release two specials in March. When asked about the streaming service and its effect on comedy, Chappelle stated, “They changed the game, they changed it for me personally.” He also said that the specials were “in my vault…they just bought them. The most recent is a year old.” 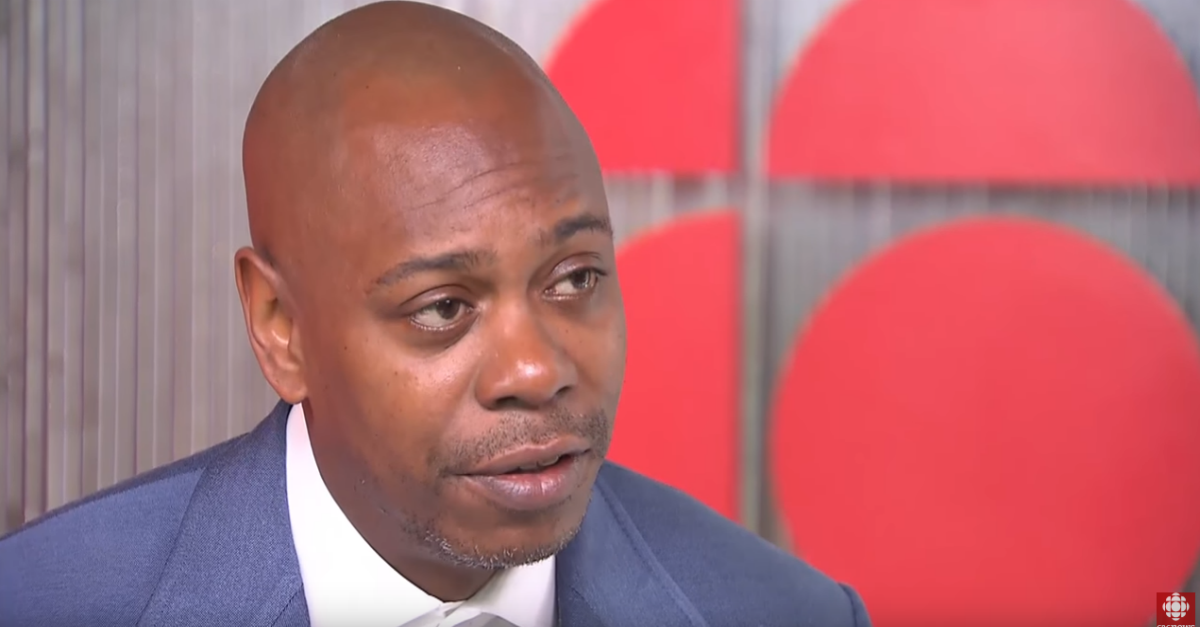