Comedian Dave Chappelle has had a storied career by any standard. When he was only 19, he starred in the Mel Brooks comedy “Robin Hood: Men in Tights.” Then he found success in “The Chappelle Show,” but suddenly dropped off the radar, retreating to a small Ohio town where he spent part of his childhood.

But his fans are looking forward to a comeback; he recently hosted “Saturday Night Live” and has committed to release three comedy specials with Netflix.

RELATED: Dave Chappelle is back, and the first clip from his new special has us excited

On Monday night, Chappelle appeared at a town council meeting in Yellow Springs, Ohio, to talk about the police force in his town. The comedian began by reminding the elected officials that “given what the culture of our town is like, the council has a tremendous opportunity to be a leader in progressive law enforcement.” He said that when he was in school, everyone in town knew their police officers by name, but “now we’re being policed by what feels like an alien force.”

Chappelle brought up what he called the “huge gaffe on New Year’s Eve.”

“The crowd was rough because it was New Year’s Eve, and I left early because nobody felt completely right…but I would beseech the council to look deeply and look hard,” he said. “In this Trump era, this is a golden opportunity show everybody that local politics reign supreme.”

Chappelle then asked the council to “find a candidate [for police chief] that matches the council of this town, which is incredibly unique.”

RELATED: A 19-year-old Dave Chappelle proved he was a star in the making with these breakout “Star Search” performances

The Washington Post reported that on New Year’s Eve, a party-goer got out of hand and an officer “deployed a taser into the crowd.” Following that incident, the police chief resigned and the council is in the process of finding a replacement. 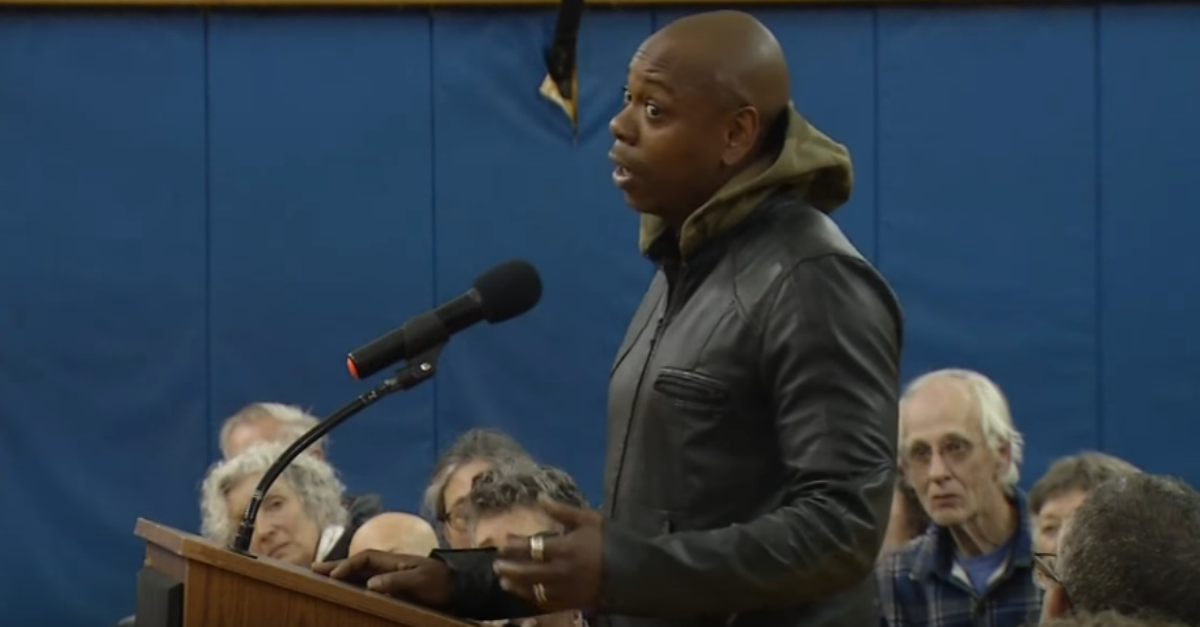