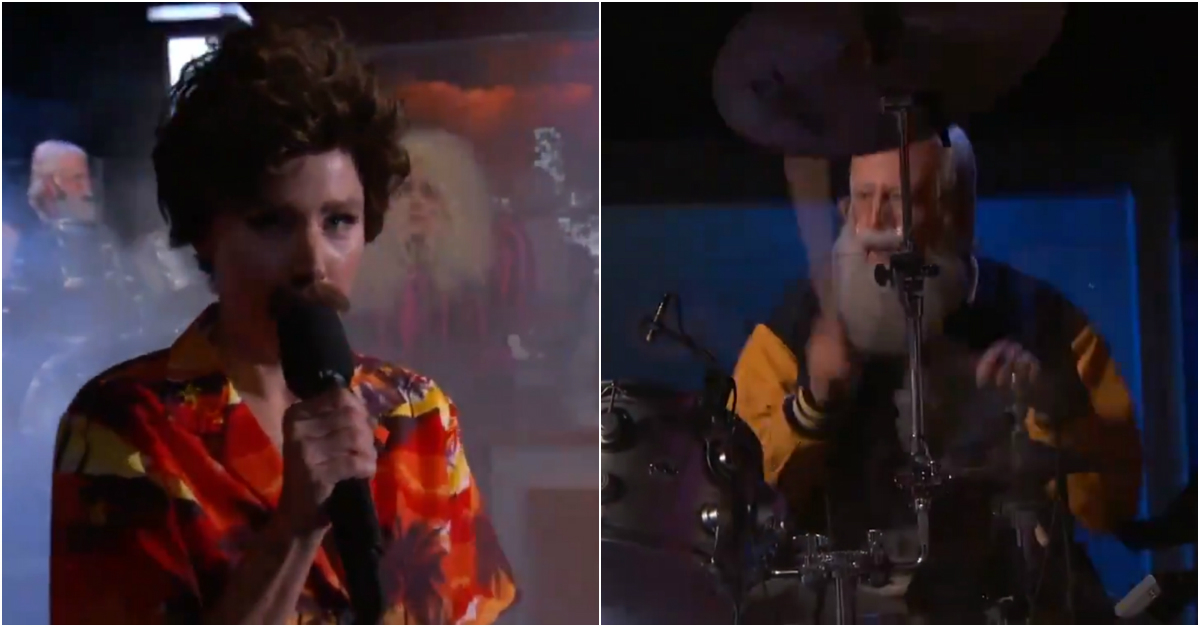 Foo Fighters frontman Dave Grohl was the guest-host for the Oct. 31st edition of the late night talk show Jimmy Kimmel Live, in 2017, and he completely nailed the Halloween theme: by showing up in a terrifyingly accurate David Letterman costume.

“I’m Dave Grohl dressed as Dave Letterman sitting in for Jimmy Kimmel, it’s confusing, I get it, especially if you’re home watching right now stoned to the bone,” the guest host said. He went on to perform a rocking version of “Do You Want To Build a Snowman” from the Disney movie Frozen with one of its stars, Kristen Bell, who was dressed up as Tom Selleck’s 80s TV icon Magnum P.I.

“If I were to jam a song with you, I would become like the coolest dad,” Grohl admitted, after informing Bell that his kids were huge Frozen fans. The former Nirvana drummer then sprinted to the drum kit, joining house band Cleto and the Cletones, for a twisted heavy metal version of the song, which bled into Metallica mash-up with “Enter Sandman.”

“I tuck you in, warm within, keep you free from sin/ Until the snowman he comes,” Bell growled, changing the lyrics of the original 1991 track. In the same episode, Grohl also interviewed fellow rocker Alice Cooper; appropriate, considering that it was Halloween.

I don’t know how much better it gets for everyone than to watch Dave Grohl and Kristen Bell create a heavy metal song in a Frozen mash-up. Halloween is for all ages, and you get a little something in this performance for everyone. I mean, if your kids are going to like heavy metal and get into the alternative rock scene, at least they’re singing about snowmen and not sex and drugs. Right?

Also, I think a metal version of Elsa would be a totally rad Halloween costume.