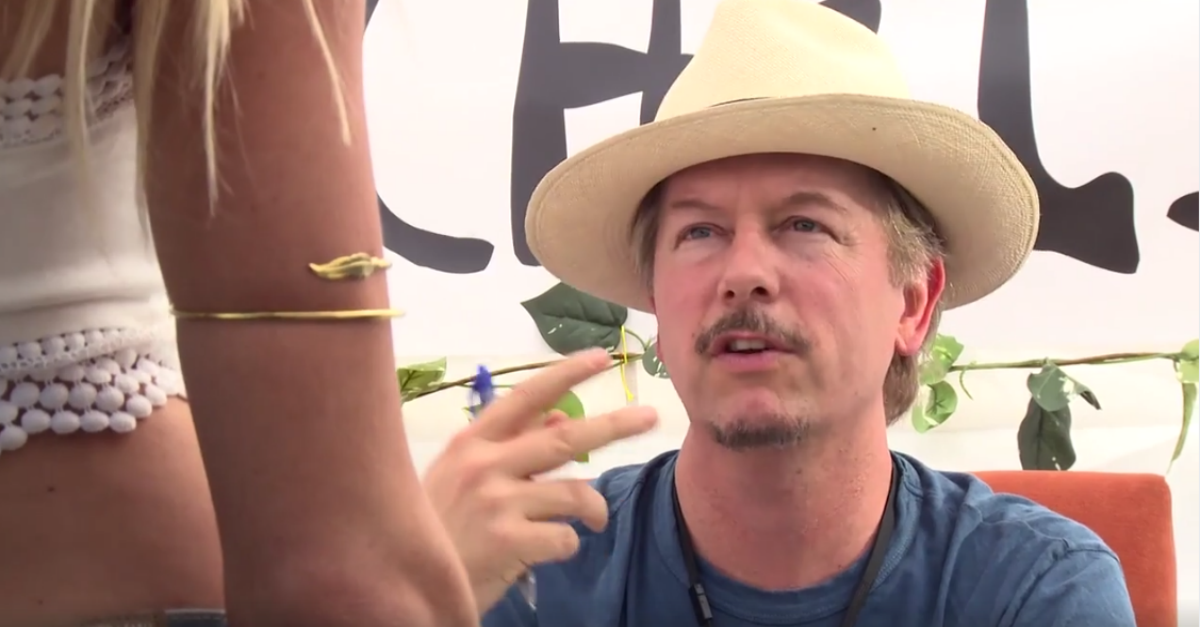 Summer is right around the corner, which means that people will soon be dishing out absurd amounts of money to travel to music festivals that promise the biggest bands of the year. While the music festivals began as something pure, a chance for musicians to get in front of hundreds of thousands of screaming fans, they’ve morphed into a hotbed for social media junkies who seem to barely notice the massive stars on stage.

RELATED: At Coachella 2008, Prince put his spin on a Radiohead classic and melted our faces off with guitar epicness

Actor and comedian David Spade recently teamed up with Funny or Die to lampoon the idea of the Instagram-happy hipster who frequents Coachella — which is one of the biggest festivals in the nation.

When the concertgoer is asked who she would vote for, her first answer is Justin Beiber. After being told that Beiber’s not running, she settles for “that old guy Colonel Sanders” because “he said Coachella’s going to be free next year.”

RELATED: Jimmy Kimmel tried to prank Coachella attendees but they finally got wise to his tricks