There are some mortifying things kids have to deal with at school as a byproduct of simply growing up and spending most of their time there. Getting your first period in the middle of gym class, having to go to the chalkboard to do a math problem in front of the whole class while you have an unflinching erection. Just nightmare after nightmare.

Though this particular story isn’t quite as bad as becoming a woman while having dodgeballs whipped at you or your pants resembling the graph you’re drawing in front of thirty ruthlessly judgmental peers, I still feel all the empathy in the world for this deaf first grader. 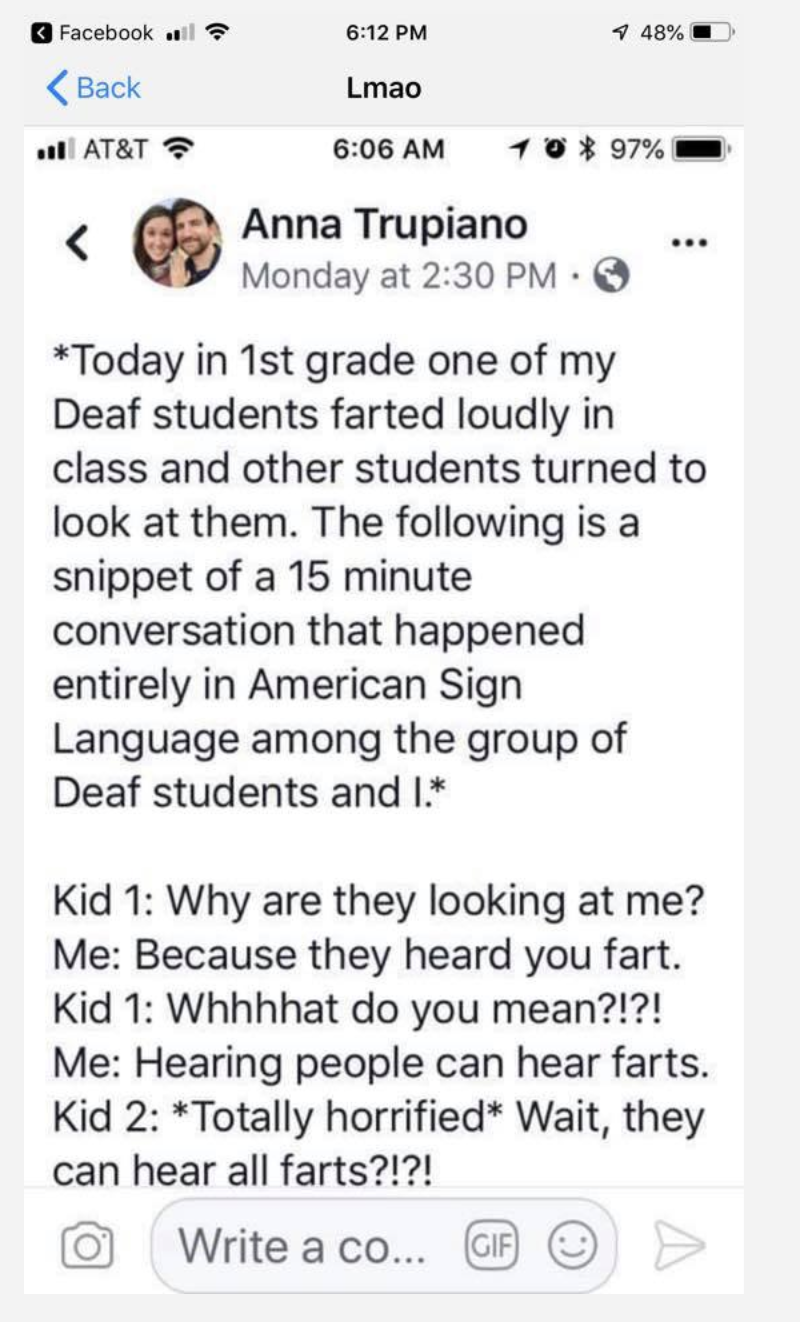 That’s just brutal. The only upside here is that it happened while the kid is super young. This would have been so much worse if they were ten or twelve. Regardless, this kid just had his world rocked. They’ve been sitting around happily ripping hot ones without a care in the world, never realizing that they were probably putting on a solo trumpet show for classmates, family, friends, and strangers.

This is one of those days where the kid comes home from school absolutely dead inside. “It’s over,” they think to themselves. “I am an idiot and a loser forever and I should probably disappear. There is no coming back from this.” Been there, kid. So, so many times. Get ready, that’s a recurring feeling of childhood!

The next thing that teacher should’ve signed the kid is, “Listen, there’s only one way you’re getting out of this unscathed. Trust me. You gotta lean into this. Okay? Own it. You tell them that hell yeah you farted. Tell them you own this classroom and they can deal with it. And with your farts.”

It really is the only way, kid. Don’t worry. They’ll forget in a week anyway.