The number one Amazon best-seller is not Stephen King or John Irving’s new novel, it’s not even an old favorite like “50 Shades of Grey.” In fact, the most popular book on the most popular website for books in the entire country doesn’t have a single word inside. That’s right, all the pages are blank (though they do have page numbers). The catch, of course, is political. The book is titled “Reasons to Vote for Democrats.”

The author of the book is Michael Knowles, who has contributed to conservative website The Daily Wire. Knowles recently appeared on “Fox & Friends” and said that he’s been observing the Democratic party for quite some time and he “realized it was probably just best to leave all the pages blank.”

He also uploaded a picture of him flipping through the book on his Twitter account. The cover of the book features a one-word review from conservative author Ben Shapiro–“thorough.”

Reviews from the Amazon page for the book include quotes like “exhaustive, yet concise,” and “I’ve often wondered how to explain the benefits of liberalism to my children. This book answers those questions with a simple solution.” The description of the book touts it as “the most exhaustively researched and coherently argued Democratic Party apologia to day…a political treatise sure to stand the test of time.”

It’s unclear just how many copies of the book have been sold, but Publisher’s Weekly, which is the premier website and magazine for aspiring writers, states that in order to get on the Amazon best-seller list, a book needs to sell around 1,094 copies. 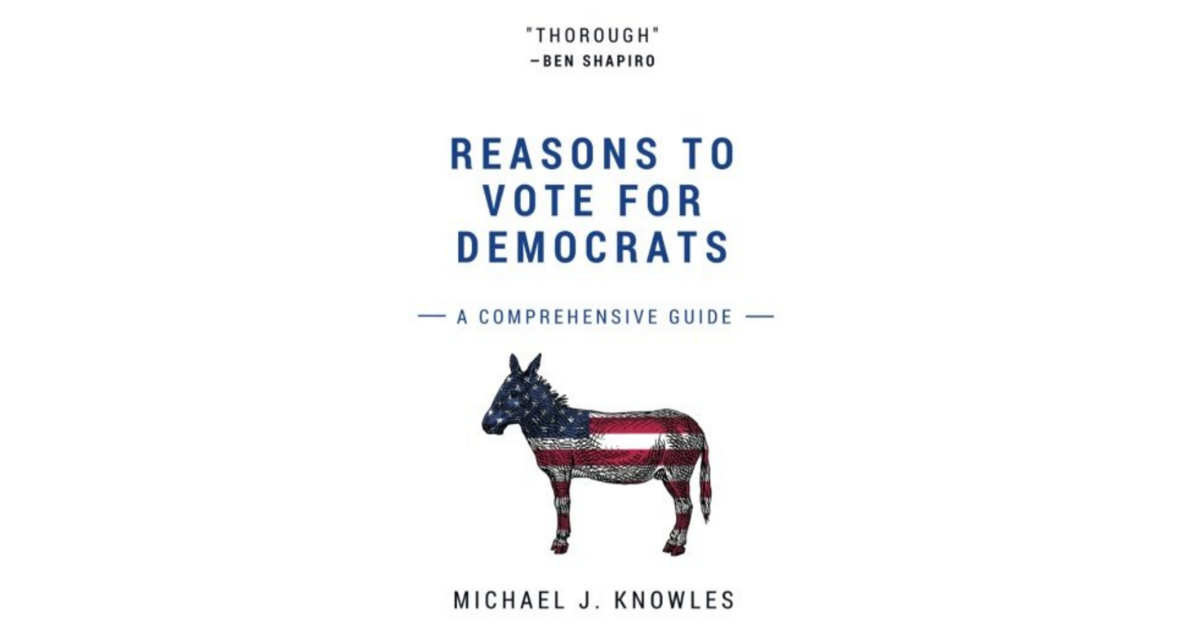