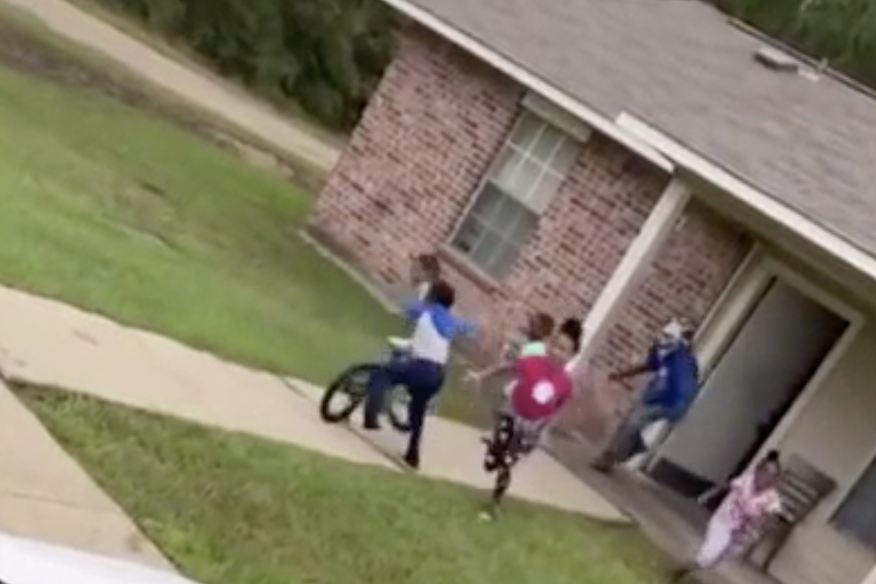 The ding dong ditch is one of the all-time classic pranks. (It even predates doorbells. They do a knock knock and ditch in Meet Me in St. Louis.) It’s simple. It’s funny. And it’s exciting. It’s especially fun to do in the middle of the night during a sleepover. That’ll really piss a neighbor off.

The only real rule of the ding dong ditch prank is don’t knock on that front door if you’re slow. Because as soon as that doorbell rings you’ve got to book it. Otherwise you go from prankster to being escorted home to your parents. Or maybe getting shot at if you’re in Texas.

There is one other rule, actually. Don’t keep hitting the same house. Unfortunately for a couple of little kids they broke this rule, and when they came back for the ding dong ditch on what they thought was an easy mark the homeowner was ready. And he scared the hell out of them.

For these little kids this children’s prank turned into an unholy terror real quick. You know you’ve been caught by surprise when, like one child in the video did, you just drop your bike and take off. No kid leaves their bike behind unless they absolutely have to.

This had to be a blast for the homeowner too. It’s not every day you’re allowed to scare the hell out of kids without someone getting and. It’s one thing if it’s 14-year-olds or 16-year-olds coming at your house. Those kids might be real d-bags. You never know if one of them is going to whip a dead JUUL at your head. But little kids? They’re probably just all jacked up on sugar and giggling. They just ate a cupcake. The teenagers probably just ripped a shot from their parents’ bar.