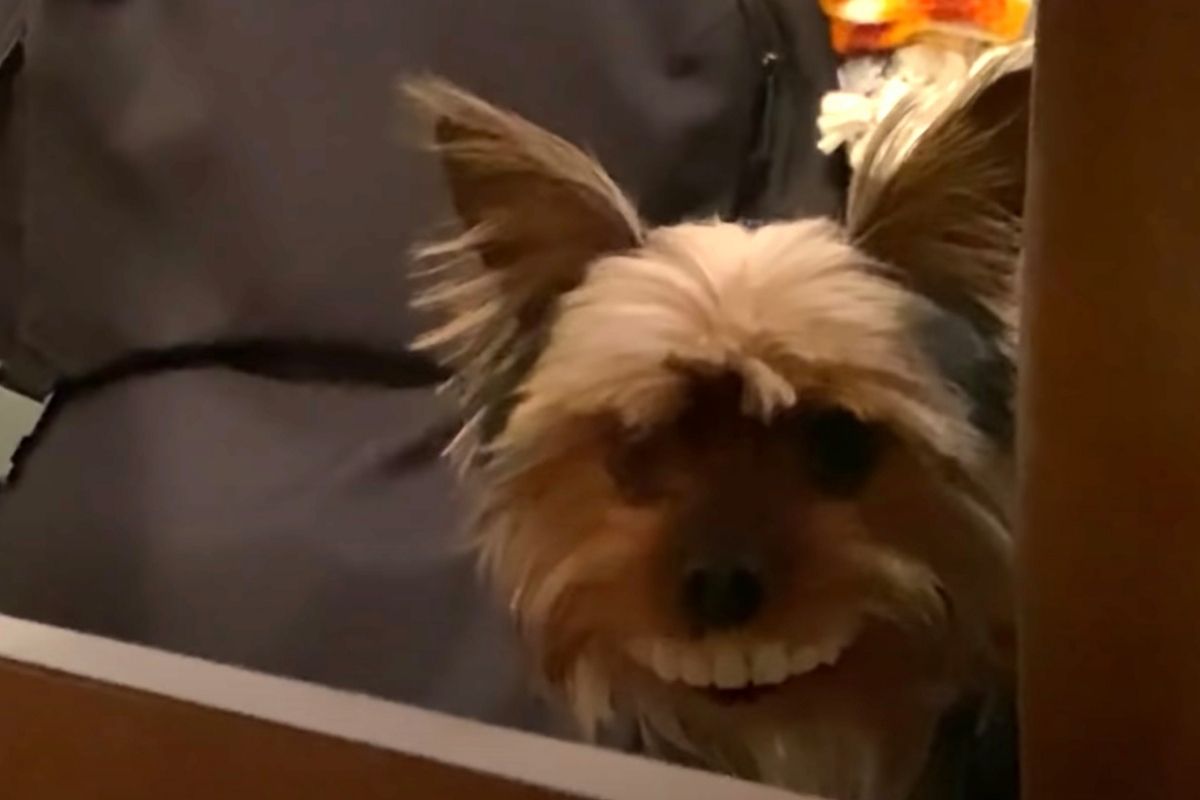 A Michigan man who bought a pair of fake teeth for some COVID isolation entertainment ended up getting viral gold out of them after his tiny little dog picked up the normal, adult human-sized teeth and turned into what looks like Teddy Roosevelt and a Yorkie had a baby.

Ben Campbell found his dog, a Yorkshire Terrier named Thomas, with the teeth in his mouth after he’d stolen them off the table and, of course, immediately grabbed his phone. Lucky for us he uploaded his goofy dog to YouTube.

Ben also took to Facebook to explain the situation and his dog’s newfound fame.

I got some giant fake teeth for some quarantine comic relief and well… Thomas stole them off of the table… *update* …Woah! looks like Thomas is a virus! I mean… he’s gone viral! Click through and subscribe to my YouTube channel will y’all? We need at 1000 subscribers to put ads on and send Thomas to College! Yippee!

2. Those teeth have got to be the size of that Yorkie’s entire skull. I’m amazed they fit in his mouth at all. If you’ve never seen a Yorkie before, they max out at about eight pounds. They are eagle food. A python wouldn’t even have to unhinge its jaw to swallow one (do not bring a Yorkie to Florida). There are rats on the New York subway bigger than Yorkies. They are adorable, but they have been bred to be as tiny and adorably helpless as possible.

3. I’m not pro-dressing dogs, but I am pro putting fake human body parts on dogs. Teeth, ears, a monster dong sheath that goes over the tail, you name it. One of those Guy Fieri visors would be great too.

Editors Note: This article was originally published on April 16, 2020.