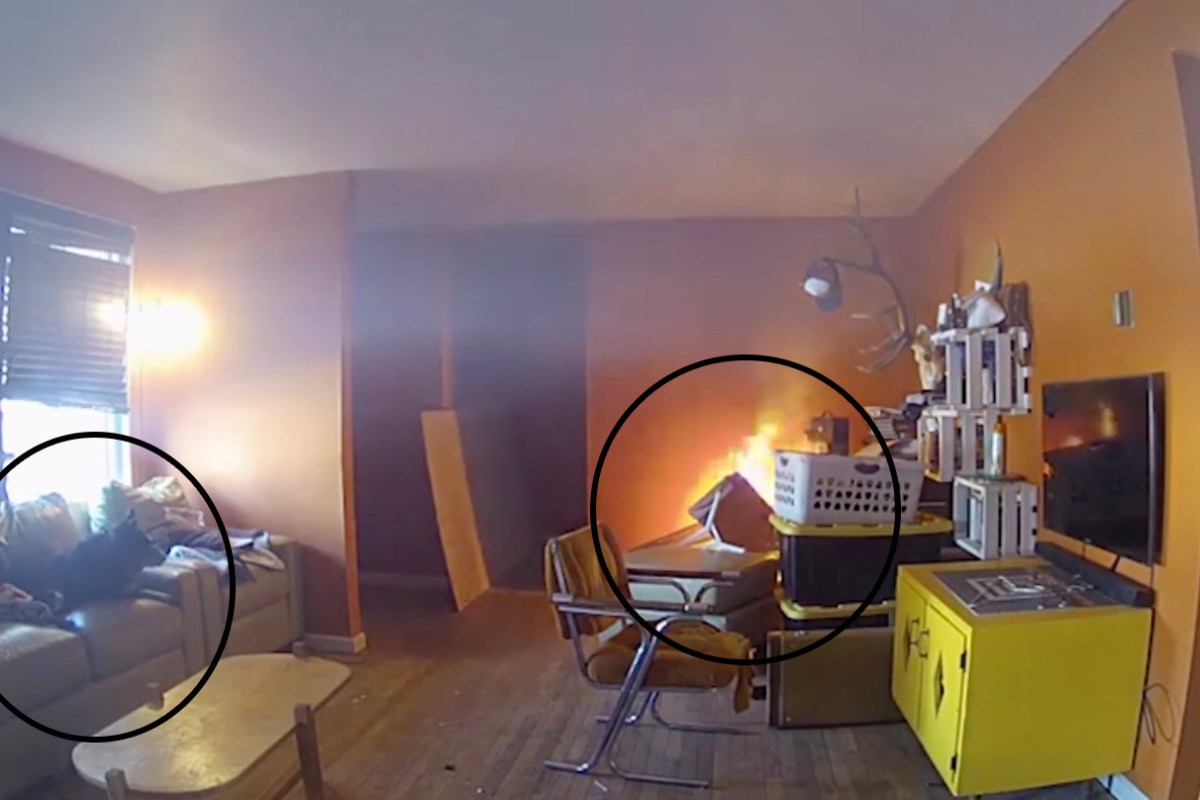 Two dogs who are (presumably) usually a good boy and a good girl but also clearly mischevious as hell were captured on their home’s camera in Los Alamos, New Mexico doing just about the worst and scariest thing dogs can do when left alone: starting a massive house fire.

Thankfully everyone made it out just fine so this video from the Los Alamos County Fire Department Facebook page is funny instead of horrific and tragic. Always nice when that happens.

The fire was caused when a 9-month-old puppy named Kahuna got too curious around an ironing board that had a bunch of stuff stacked on it. The pup ended up knocking the ironing board over onto a heating vent. Then all that stuff got real hot and caught on fire. Kahuna and his pal Paige then watched the fire for a little bit, curious but unphased — “Hey what’s that bright, dancing, weird smelling, hot stuff in the corner! Is it fun? Dangerpus? A friend? I can’t wait until mom gets home to see it! Anyway I’m gonna go take a nap in the other room it’s too hot in here.” — before deciding the room was too hot and leaving.

Thankfully the Los Alamos County Fire Department was alerted ASAP and got there before things got too out of hand or the pups could be hurt. They wrote the following accompanying the video with advice on how to avoid your dogs, among other things, burning your house down.

Curious Pup Caused Home Fire. LAFD responded to a structure fire where two pets had evacuated safely. LAFD recommends homeowners ensure that smoke alarms are installed and working, that no combustible items be placed on or within three feet of heating devices or heat-producing appliances. Another important safety practice is to have an escape plan as demonstrated perfectly in the video.

This story was originally published February 6, 2020.