Before Comedy Central was hosting celebrity roasts and Jeff Ross was calling himself “The Roastmaster General,” Don Rickles was the king of the insult comics. Even today, he’s considered one of the funniest men to ever stand before a microphone. And now, fans of the man who busted on everybody from Sinatra to Reagan are rejoicing at news of his return.

RELATED: This video clip shows some of the many reasons why Don Rickles is so incredibly legendary

AARP is launching its own production studio that will cater to their audience of retirees, and Rickles has signed on to launch a 10-episode show entitled “Dinner with Don.” According to Deadline, “Dinner with Don” will feature the comedian “dining with friends and fellow comedians at some of his favorite LA-area restaurants.”

Big names in show business are already clamoring to appear beside the historic comic — even though they’ll probably have to endure plenty of barbs from the still sharp-witted funnyman. Robert De Niro, Jimmy Kimmel, Amy Poehler, Martin Scorsese and Vince Vaughn are all slated to be guests on the show.

RELATED: Don Rickles opens up about the current state of comedy and whether he still gets laughs

A spokesperson for AARP told Deadline that “in creating a show with Don Rickles, we give viewers a seat at the table and the chance to hear decades of great show business stories from one of the most celebrated comedians of all time.”

So far, we have not been given a date for when the series will premiere, but our excitement cannot be understated. 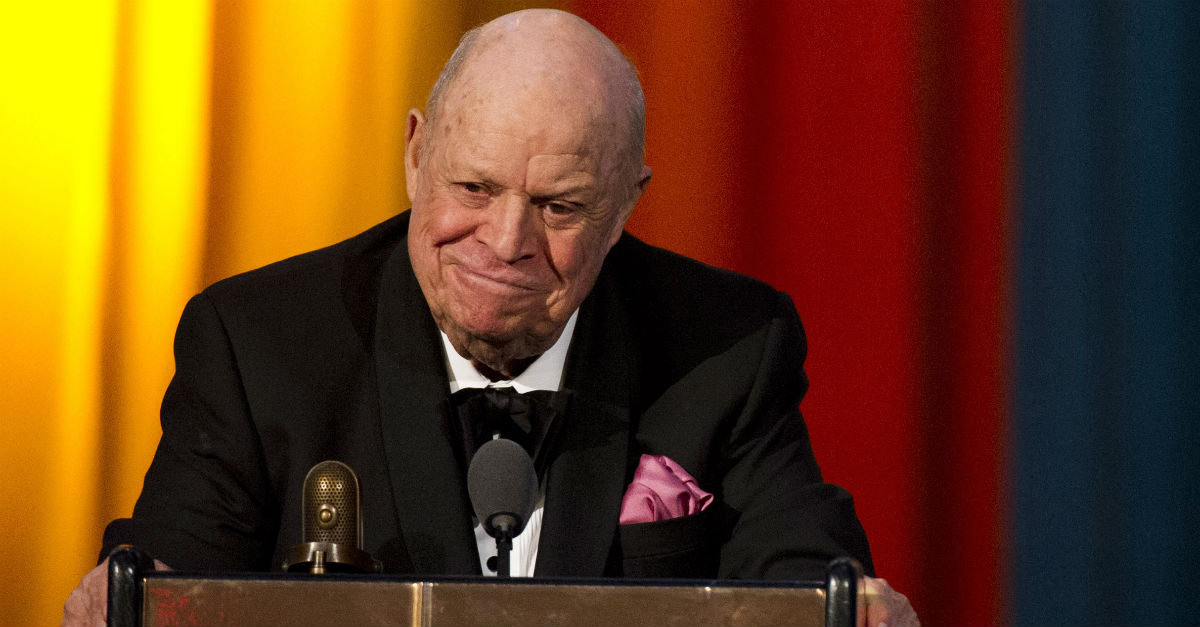