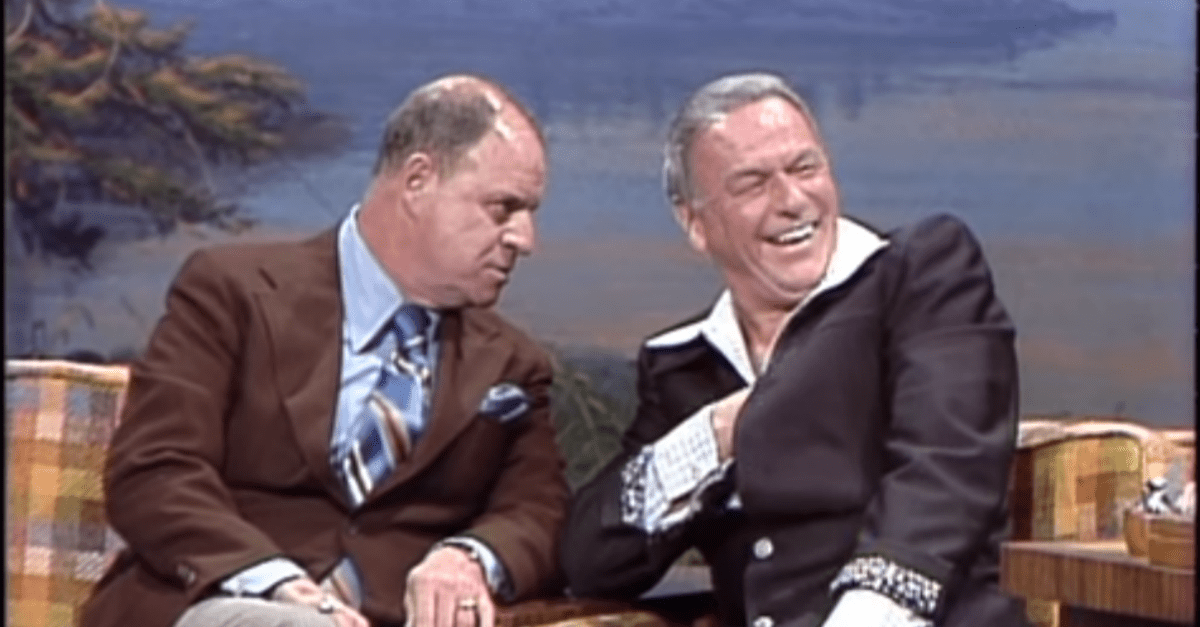 Late-night television has come a long way in the past 50 years, but the formats of the shows haven’t really changed. A few guests come on and riff with each other, and maybe the host makes a few stabs.

One of the best guys to have on your show if you were a late-night comic in the 70’s was indubitably Don Rickles. The insult comic, who died on April 6, 2017, made a living getting the funniest laughs at the expense of others. His funniest moments are known for his harmless but piercing insults towards the audiences or whoever’s on a tv show with him, even if “she” is Frank Sinatra.

In this classic bit, Rickles comes on The Tonight Show Starring Johnny Carson and makes a little joke about Frank Sinatra’s Italian heritage (when the mob was still a very big player). There were several rumors that Sinatra was well acquainted with members of the Italian mafia, and the “Johnny Fontane” character in The Godfather is reportedly based off the singer.

Rickles was quite the popular one. He was a member of the Rat Pack per his friendship with Frank Sinatra and performed in Las Vegas hotels and casinos. Not only was he on Johnny Carson’s show, but also came on the Dean Martin Show and the Late Show with David Letterman. He voiced Mr. Potato Head in Toy Story and actually won an Emmy for the 2007 documentary, Mr. Warmth: the Don Rickles Project.

The legendary comedian is worth remembering and will always be a nostalgic favorite of talk shows of all kinds. Hollywood will never forget his comedic insults that make you laugh so hard while cringing inside from how savage and deep they actually are. Nevertheless, isn’t that what true comedy is and always has been anyways?

Editor’s note: This article was originally published on December 30, 2016.