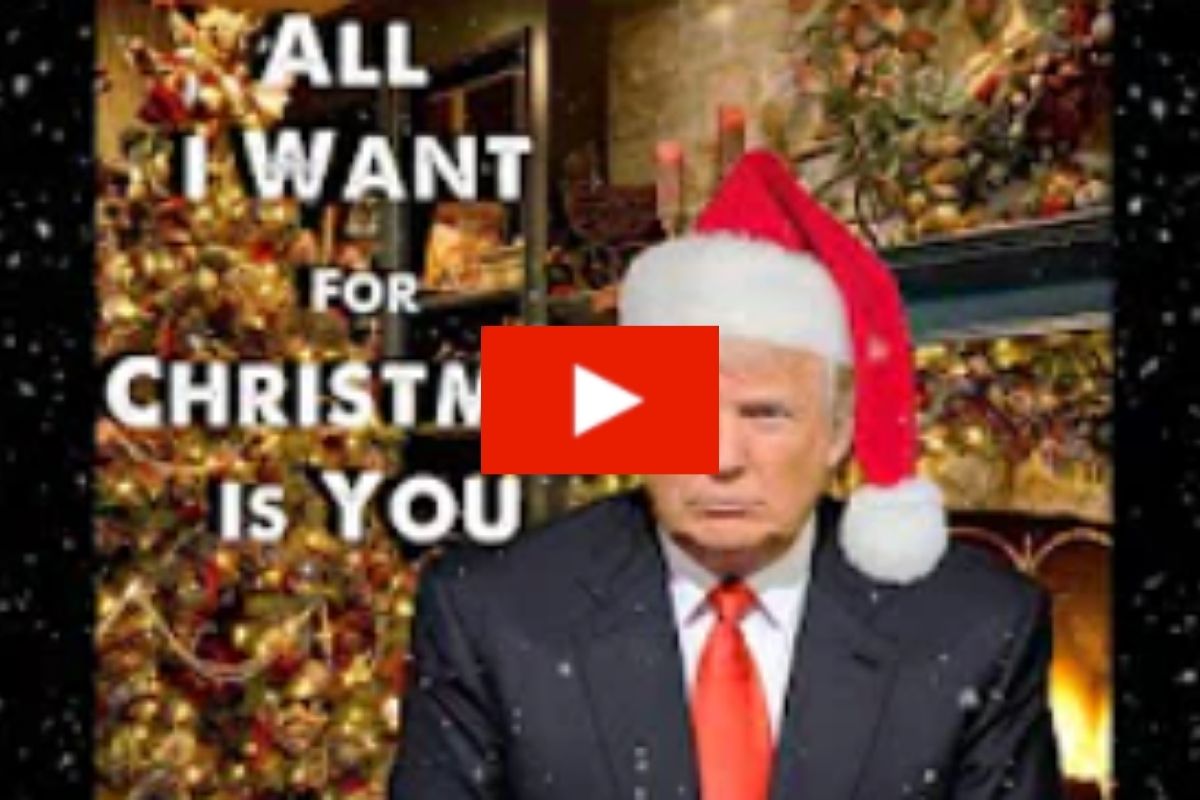 The internet is a wild place, and I often find myself thankful for it just as much as I find myself getting unnecessarily annoyed with it. But you can’t deny the goldmines and gems you find late at night, while you’re scrolling down a bright screen that strains your eyes in pitch black darkness, hours after your bedtime. Nevertheless, finding a video of President Donald Trump singing “All I Want For Christmas is You” by Mariah Carey is totally worth the lack of sleep, considering we could use the festive hilarity this year.

Look, the best and worst thing about the internet is that there’s a ton of stuff out there that isn’t actually real. So before you start sharing this video of how hilarious it is that the big man in the White House himself was caught belching out one of the most over-played Christmas songs in history, keep in mind this was edited and put together. So why bother even claiming that he sang it? Because the video is edited so well, we have to applaud this creator’s effort and attention to detail.

And this isn’t the first time we’ve seen the president of the United States “sing” a hit song. Youtuber Maestro Ziikos has made an effort to create these hilarious edited spoofs of Donald Trump singing a plethora of songs under a playlist called “Trump Sings.” Along with Christmas songs, the playlist includes covers of popular songs by Justin Bieber and Ariana Grande, a video of Trump singing to now president-elect Democrat Joe Biden, a duet of Barack Obama and Trump singing Barbie Girl, a song about quarantining because of COVID-19, and much more!

Although these videos are obviously edited and fake, it’s still ironically funny to watch President Trump sing Christmas songs like “Jingle Bell Rock” and “Last Christmas.” It’s fitting for the type of clownery we see in politics, especially after First Lady Melania Trump was caught saying, “Who gives a f*ck about Christmas stuff?” when talking about the White House Christmas decorations and all the politically irrelevant but still hilarious stories surrounding Rudy Giuliani in the news lately.

Look, we’re in the middle of the coronavirus pandemic, okay? The internet has had to become the place where people could escape while locked up in their homes, and they could use this kind of joy since the year has been full of seriousness. At least now we can set up the Christmas trees. I hope you guys have a Merry Christmas and Happy Holidays as we finally make it to the end of this year.