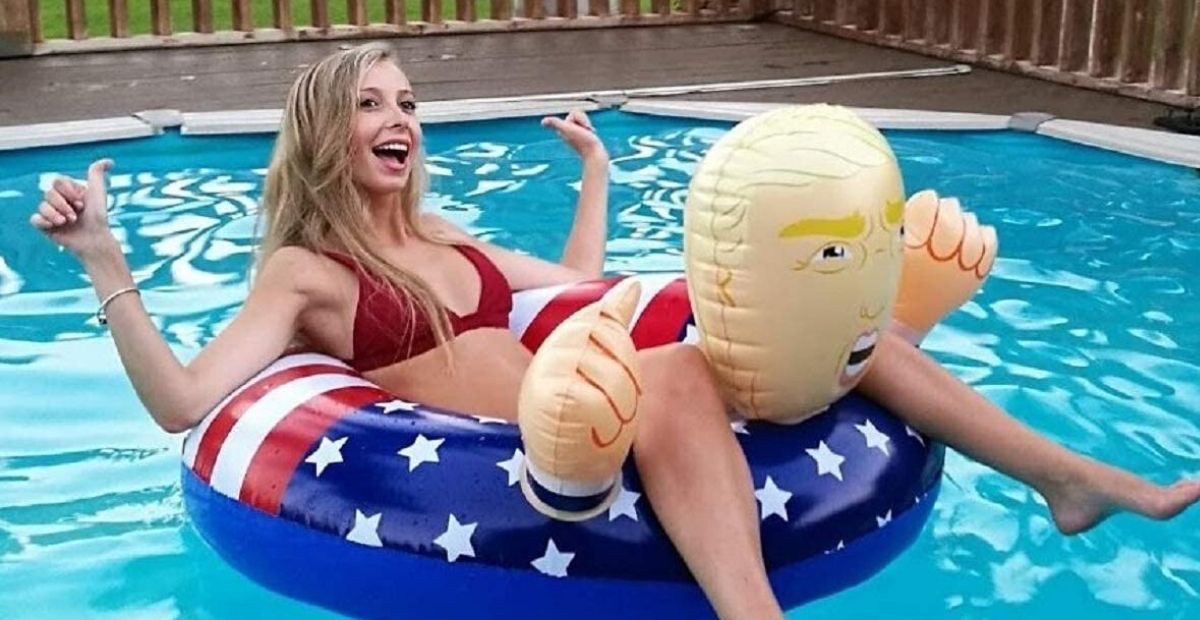 This pool float is going to be HUGE (Donald Trump voice) hit at your next pool party. Everyone will be crowding around trying to take awesome pictures for their social media pages with your new float. It’s a unique gift idea for the Trump lover in your life, and a great gag gift for the person who hates Trump.

You can find the Ninostar Donald Trump inflatable float on Amazon. This high-quality float is easy to inflate and would be a cool fun display for 4th of July fun. Customer reviews are hilarious. Some customers are leaving it out to piss off their liberal neighbors. Others are using it to float the river.

Regardless of where you land on the political spectrum, you have to find this float funny. The float actually does look like Trump. The hair, eyebrows, and facial expression are impeccable. Even the hand gesture! For $29, this float can be yours. Be the king of the pool at your home all summer long.

Use this lounger to make the river, swimming pool, or lake great again. It’s a great accessory for summer fun, plus, you probably won’t run into many people at the river with this pool float. Your family and friends will be able to spot you from hundreds of feet away!

I wonder what Donald Trump would think about this pool float. Surely he believes it’s the best pool float around.

Watch: We Played ‘Speak Out’ and Made Total Fools of Ourselves (So it Went Great)