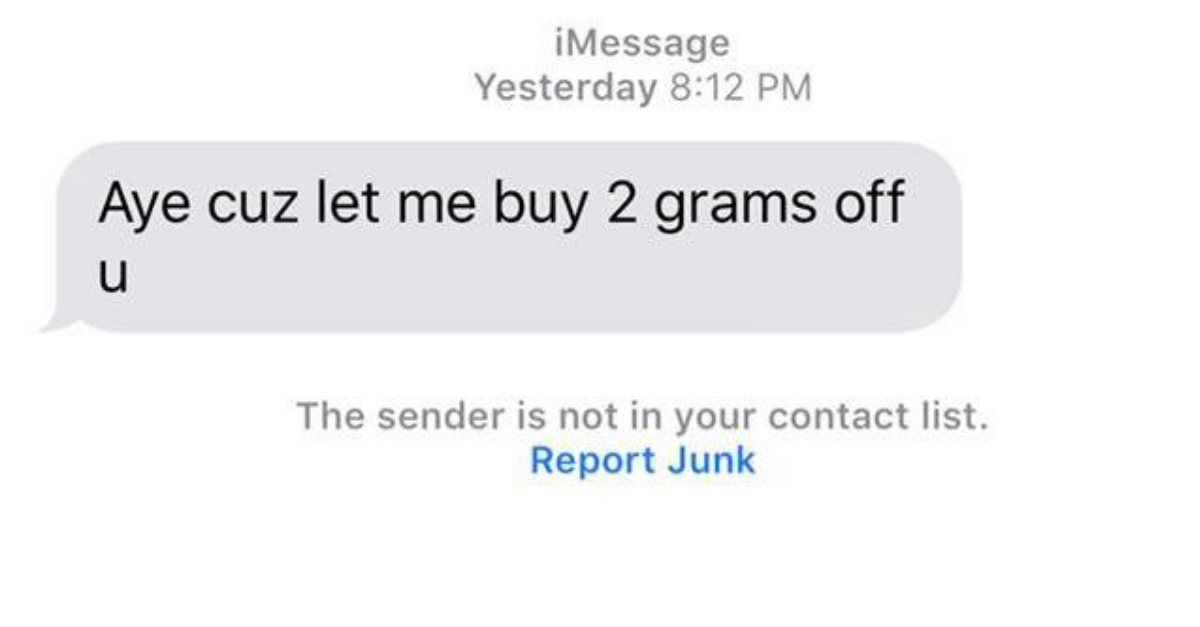 A staple of any good drug dealer’s business arsenal is the burner phone. The type you can buy at a 7-11 for cheap. They can’t keep one number for too long, which necessitates the frequent switching and ditching of phones. Keeps the heat off.

One problem with the burner phone strategy, though, is that the dealer’s number changes a lot. Their customers have to keep remembering new digits. That can lead to some mistakes. Like, say, getting those digits mixed up and accidentally sending a text message a different number asking for drugs. What are the odds that the number with the wrong digits just happens to be the number of a police officer, police department, or anyone within the criminal justice system?

Well, that’s exactly what happened here. The wrong number belonged to a St. Louis County Prosecuting attorney. Whoops. And I don’t think it would’ve made a difference if the guy behind this cellphone number was talking about a controlled substance. I’m sure no county prosecutor wants to receive one of these messages, turning it into a potential drug case for a task force.

Prolly shouldn’t send these kinda texts to our cellphones – about to text back: meet me at work 🙃 #stlcopa pic.twitter.com/k12nRQuy0A

No word on if the attorney who received the text or any other law enforcement followed up on this gentleman’s request for what was probably cocaine. One thing is for sure though, somewhere in St. Louis there is a pissed off drug dealer right now. Every dealer in the city probably checked their phones after seeing this story to see if somebody texted them for two grams around the same time. Then they either ghosted that dude forever or turned him into a ghost.

Editor’s note: This article was originally published on October 5, 2018.