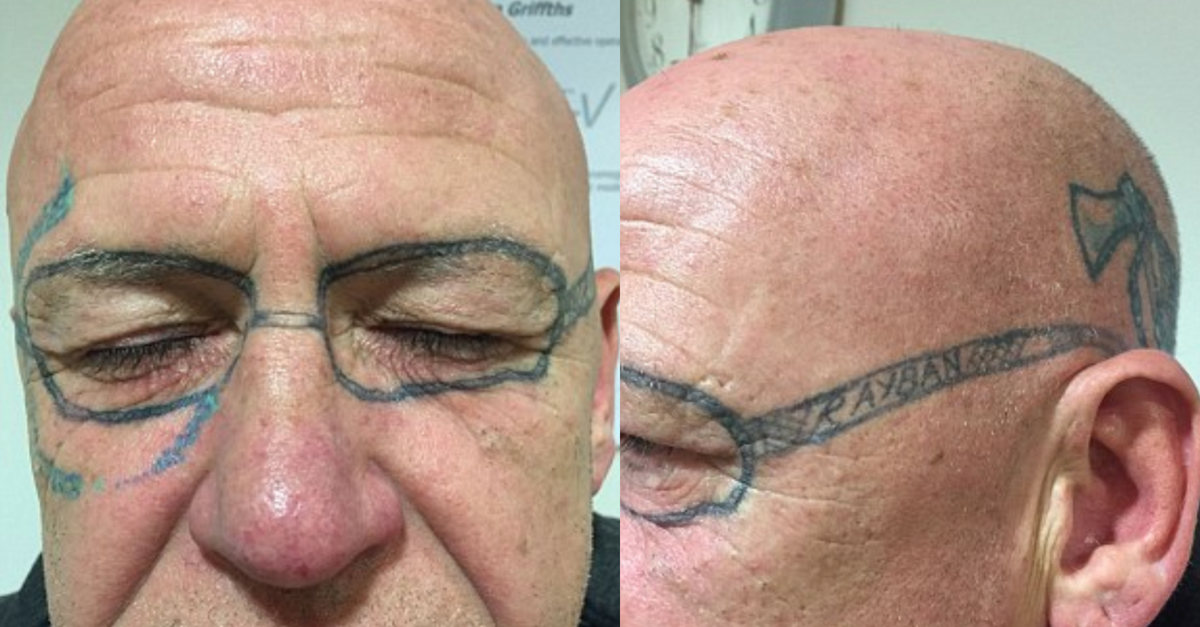 This is enough to end multiple friendships over. This is enough to declare those former friends your hated enemies, stalk them, break into their homes, tie them down, and tattoo “I am a bad friend” across their foreheads. Prison style. With a needle of questionable cleanliness, ink from an old Bic pen, and little regard for their comfort.

This prank exists on the doorstep of being enough to kill over.

A Welsh man was out with friends one night and, presumably after getting drunk enough that you could use his blood as a horse tranquilizer, he accepted a dare to get sunglasses tattooed on his face. The man woke up the next morning with no recollection of the tattooing and assumed his friends had simply drawn on him with a marker. After his attempts to wash off the tattoo failed the man realized the horrible truth. He had a pair of sunglasses tattooed on his face. Poorly. (You can tell he was too wasted to sit still. That said, the “Ray Ban” was a nice touch.)

Read More: What Animal Kills the Most Human Beings Each Year?

For reasons that are extremely unclear, the man just sort of shrugged and decided to keep the permanent children’s drawing of sunglasses on his face. (The only logical explanation is that he was still drunk, and remained drunk for the entirety of the time the tattoo was on his face.)

Finally, one day, after being made fun of by someone for the thing on his face that absolutely deserved to be made fun of, the man thought, “Hey, maybe this dumb thing on my face is dumb and embarrasses my family, and I should get rid of it.”

After six treatments at the Laser and Beauty Clinic in South Swansea, Wales the man’s tattoo was finally removed for good.

This probably isn’t the last time this guy blacks out and does something instantly regrettable.