Drunk Marine Breaks Into Home to Cook Breakfast, Tells Homeowner to ‘Go Back to Sleep’ 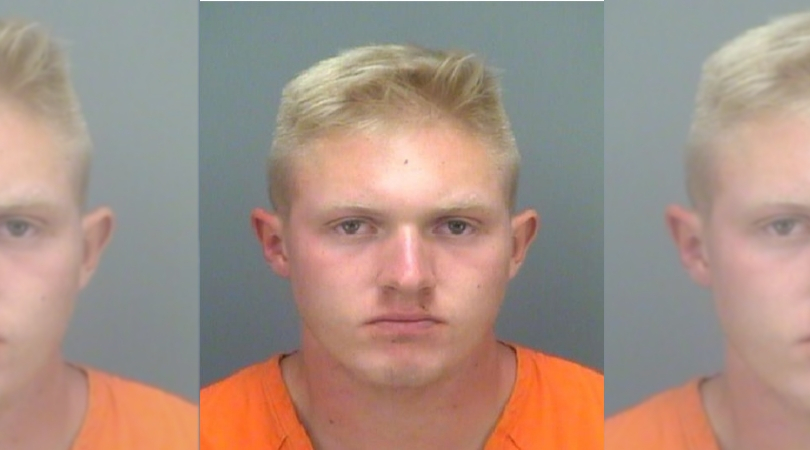 A 19-year old Marine decided to nonchalantly break into a Safety Harbor home on Huntington Boulevard and began to cook some breakfast. Because maybe he thought the owner would appreciate waking up to the smell of eggs. I mean, it’s truly the best feeling in the world waking up to a home-cooked meal.

But, obviously, this was wrong because this man just bursted into a strangers house at 4 in the morning. According to police, Gavin Crim decided to sneak into the house and just grab all the pots and pans he could find. Which is what probably woke up the terrified homeowner. So, as he confronted him and told him to get out, Crim just told the owner to go back to sleep ever so calmly.

When the homeowner threatened to call the police, Crim quickly grabbed the bacon to go and ran out of the house to avoid arrest. Okay, maybe he didn’t grab the bacon, I really don’t know what he did, but I do know that he ran. He was later found by police hiding in a thick wooden swampy area behind the property. As expected, according to the arrest report, Crim was heavily under the influence of alcohol. But you don’t have to be an expert to figure that out, really.

Still, it is a little concerning since this drunk marine is only 19 and he technically can’t buy alcohol. Then again, who doesn’t have a fake ID nowadays days? I say just give him a slap on the wrist and move on with other cases. This kid was probably just looking for some comfort after partying out all night, we’ve all been there. Maybe just try Whataburger next time, buddy. Drunk people are the best.