SNL’s “Drunk Uncle on Easter” Is Still a Classic 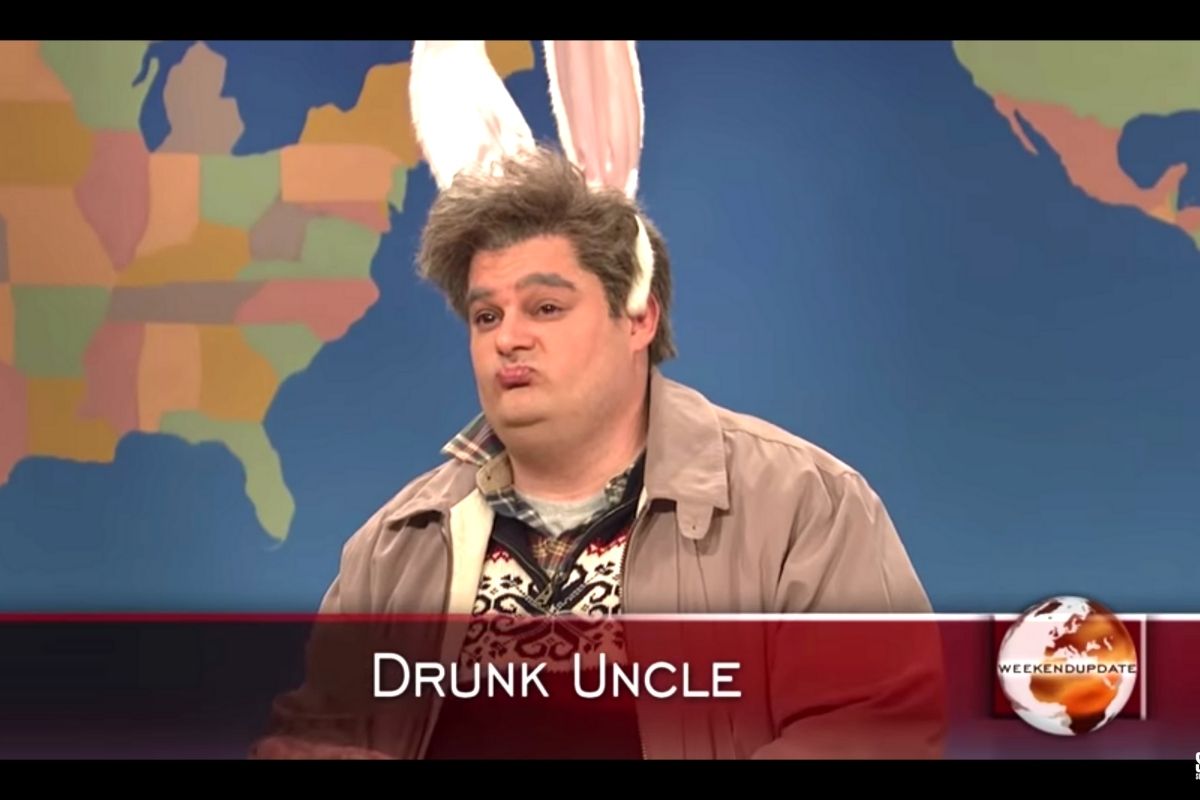 Bobby Moynihan‘s recurring Saturday Night Live character “Drunk Uncle” was always a hilarious addition to the Weekend Update. Like your real-life wacky relatives, he came around for all the major events: Halloween, Christmas, New Year’s resolutions, the election, graduations, and of course, Easter. (For the Super Bowl, Moynihan pulled out his scary spot-on Guy Fieri impression instead. Watch here.) So this year, in honor of the special Sunday, let’s remember Moynihan’s wasted, offensive uncle and get this hilarious NBC skit trending once again.

The Drunk Uncle on Easter

Bobby Moynihan’s “Drunk Uncle” persona stretched between Weekend Update eras, appearing to rave at both Seth Meyers and Colin Jost. Though he was not necessarily cold open material, Drunk Uncle, like Stefon, gained a cult following through his unhinged rants at the Update news desk.

In the Easter edition, the uncle shows up disheveled in bunny ears — and he’s more than willing to bitch about today’s youth. Though a few of the jokes are dated — like the One Direction boy band references and the random DROID outburst — I can still relate to questions like “Is this wi-fi organic?” Especially living in New York.

“You know what you should put in your Netflix queue? A haircut.”

Honestly, it’s too bad that Moynihan ended his nine-year SNL run in 2017 because I would love to hear Drunk Uncle’s opinions about the Coronavirus vaccine. Something tells me his sloppy ass is not getting vax-ed.

Watch the entire clip above, in the Weekend Update Rewind. (At 3:50, catch your favorite blotto uncle shoving Peeps Easter candy into his mouth.)

The matching outfits (a Christmas sweater and Members Only jacket) are what gets me every time.