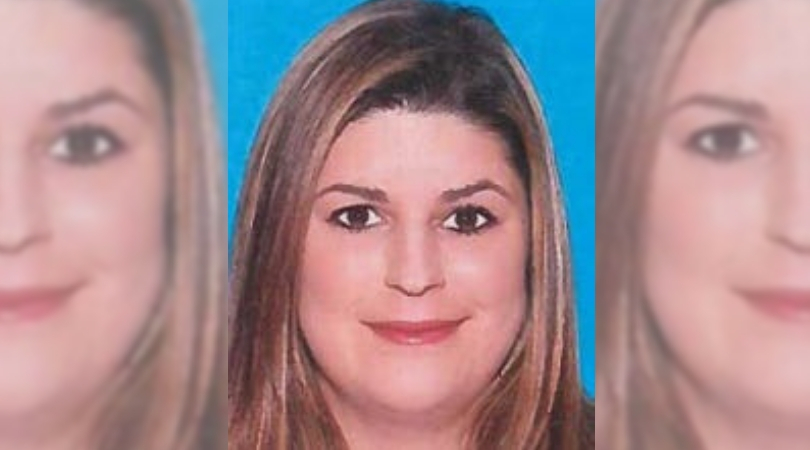 A 30-year-old New Jersey woman decided it was a great idea not only to lead cops on a high-speed chase but also bite the leg of an officer! Jessica Hayes, who is probably related to Hannibal, was so hungry and so so drunk, that she didn’t think twice about the consequences. Authorities stated the woman, from Bensalem Pennsylvania, is facing a DUI, aggravated assault, and related charges after the chase ended outside a Wells Fargo bank.

A New Jersey State Park Police officer spotted Hayes as she was leaving Island Beach State Park. She was allegedly driving over 70 mph in a 35 mph speed limit. Hayes ignored the officer’s commands to pull over and decided to keep on driving. The officer stated she had slowed down to 60 mph, but kept weaving in an out of traffic.

After some time chasing the woman, the officer was eventually forced to pull off due to “the substantial risk of injury to the public.” That’s when two officers quickly responded to the Wells Fargo bank after receiving a call about a suspicious woman. As they were interviewing her, the New Jersey State Park Police Sergeant pulled up and told the Seaside Park Police Officers that he had already tried to stop Hayes earlier, but she wouldn’t respond.

Before i read these articles, i look at the picture first. I have fun trying to imagine what this person would do that is nutty. Leg biting was only # 12 on my list

Officers quickly began to administer field sobriety tests, since she physically appeared intoxicated. As they tried to arrest her, she quickly resisted and began assaulting all three arresting officers, causing minor injury and biting into the State Park Department officer’s leg. How she managed to get on the floor without them grabbing her is beyond me. If this doesn’t yell Jersey Shore, I don’t know what will. Someone give her a contract with MTV, immediately. She’ll definitely fit right in.

Besides being charged with DUI and related charges, she is also facing three counts of aggravated assault, eluding, resisting arrest, and three different motor vehicle violations. This woman’s hunger must have been killer. Wild night, indeed.