The “Perfect Crime” as Told by Dwight Schrute from ‘The Office’ 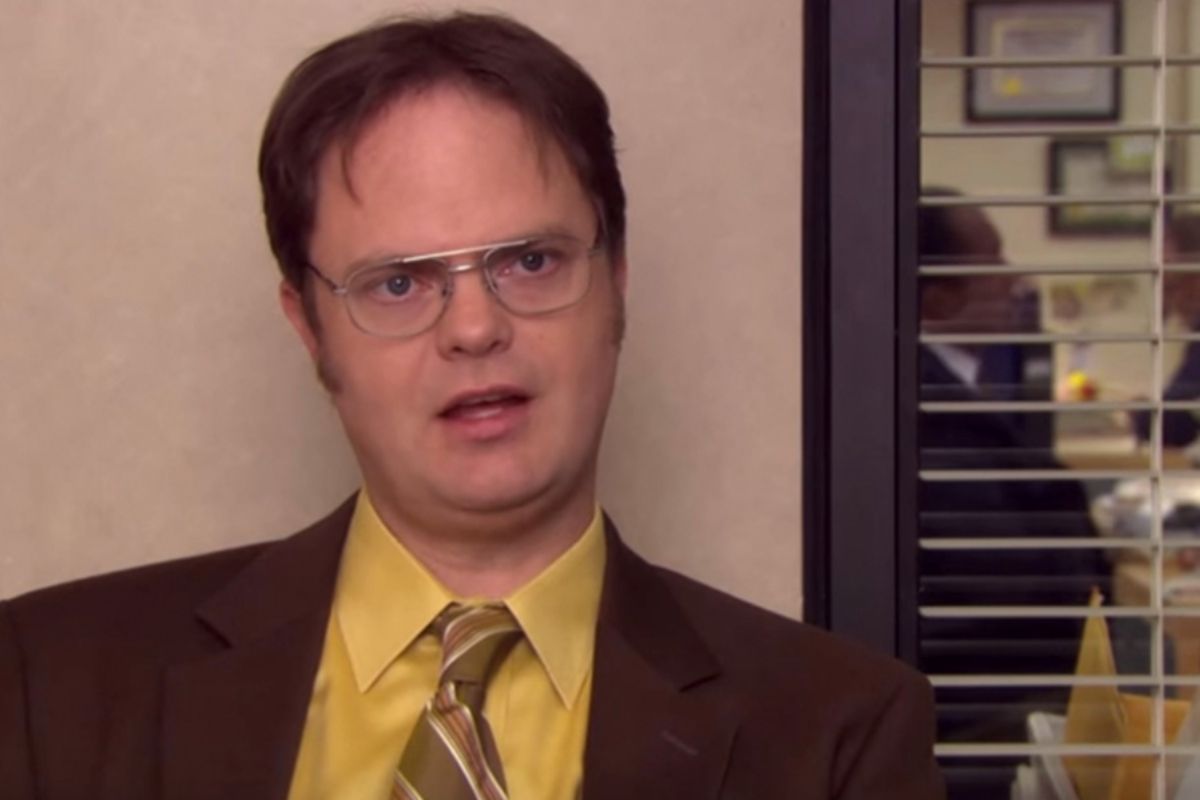 Is Dwight Schrute, as played by actor Rainn Wilson on the sitcom The Office, one of the greatest comedy characters/memes of all time? He definitely has some competition just from his other Dunder Mifflin coworkers, including his hapless boss Michael Scott and his arch-nemesis Jim Halpert, who along with Pam can never stop playing pranks on the endlessly entertaining Dwight K. Schrute.

During episode 8, “Frame Toby,” from The Office season 5, Dwight explains exactly what he would do to commit the perfect crime, and it’s one of the funniest The Office quotes of all time. Directed by Jason Reitman and written by Mindy Kaling, the episode ran for the first time on November 20, 2008.

What is my perfect crime? I break into Tiffany’s at midnight. Do I go for the vault? No, I go for the chandelier. It’s priceless. As I’m taking it down, a woman catches me. She tells me to stop. It’s her father’s business. She’s Tiffany. I say no. We make love all night. In the morning, the cops come and I escape in one of their uniforms. I tell her to meet me in Mexico, but I go to Canada. I don’t trust her. Besides, I like the cold. Thirty years later, I get a postcard. I have a son and he’s the chief of police. This is where the story gets interesting. I tell Tiffany to meet me in Paris by the Trocadero. She’s been waiting for me all these years. She’s never taken another lover. I don’t care. I don’t show up. I go to Berlin. That’s where I stashed the chandelier.

That’s pretty much all you need to know. It really is the perfect crime, even if it’s just a tv show. And you know what? Netflix no longer has this show on their platform, so it’s only fair we remember one of the most iconic moments, Schrute quote of course, to happen in the small city of Scranton.

Editor’s note: This article was originally published on December 12, 2016.

Watch: Amy Adams Played a Small Role in “The Office” Before She Became a Popular Star