What Exactly Are Boogers Made Of? 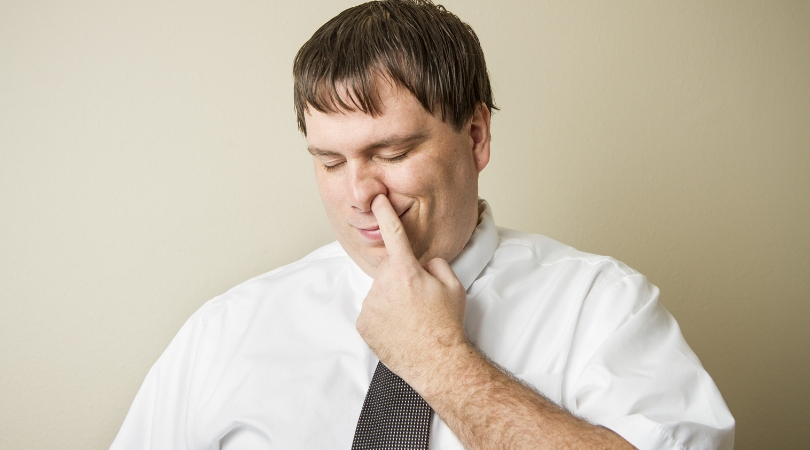 Do you pick your nose on a daily basis? Don’t lie, I know you do, we all do. It’s a habit that we unintentionally do, because well, we just do it. There’s no explanation behind it. But apparently, people don’t just pick their nose and call it a day. Oh no, some people are actually eating their boogers so much, that scientists made it a point to study boogers to see if there are any health benefits to them. Yes, so gross, so vile, so unnecessary.

Turns out, scientists found that over 89 percent of adults pick their noses and then eat them. Seriously, do with that information whatever you’d like. A study involving nose-pickers showed that 90 percent of people do pick their nose regularly. Is this accurate? Probably, probably not, but we’re gonna choose to believe it is. So then why are boogers so dangerous? Well, in case you didn’t know, boogers are water, gel-like proteins that give it that gooey consistently, and special immunity proteins that fight off germs. Yup. and here we thought that boogers were just plain boogers.

But, turns out that those immune proteins in the boogers are pretty useful because boogers are teeming with harmful viruses such as influenza. So basically, the whole point of boogers is that those little suckers serve as your body’s “front line defense” against germs. When you breathe in, you’re not just inhaling air, but you also inhale virus, bacteria, and dirt. These can get trapped by a layer of snot that lines your nostrils. Think of it this way, it’s kind of like flypaper for the flu.

So, as you continue to breathe in, the air hardens the mucus into a solid booger. Normally, we can get rid of that bacteria-ridden booger either by sneezing or blowing our noses. BUT, if you decide to eat that booger instead, then you’re basically putting yourself at risk of infection. Why? Because as your body digests the booger, it can release the pathogens into your system!

Now, although there are people who believe that your boogers can strengthen your immune system by training your body to recognize and beat those invading microbes, there is actually no scientific evidence to support that there are any health benefits from eating the gooey monsters.

Still, whether you do eat them or not, just getting ahold of them can actually be really dangerous. For example, picking up the inside of your nose opens a door for growing bacteria that can lurk under your fingernails. Like Staphylococcus aureus, which a 2006 study found that a nose picker was more like to have Staph in their nose than those who don’t pick their nose.

Let me tell you, Staph is a really big problem. It can cause serious abscesses or pus-filled pockets inside your nose and everyone on to your face. Seriously. It happened to a 53-year-old woman who managed to carve a hole right through her sinus. Which is pretty impressive, but still, it became infected. Why is this a problem? Well, if your sinus becomes infected, to a point where it’s so bad, it can erode your skull and leave an open door for bacteria to go right up to your brain.

This story was originally published April 5, 2019.