Eek! Jimmy Fallon and Claire Danes moonlighted as anchors that joke way too much 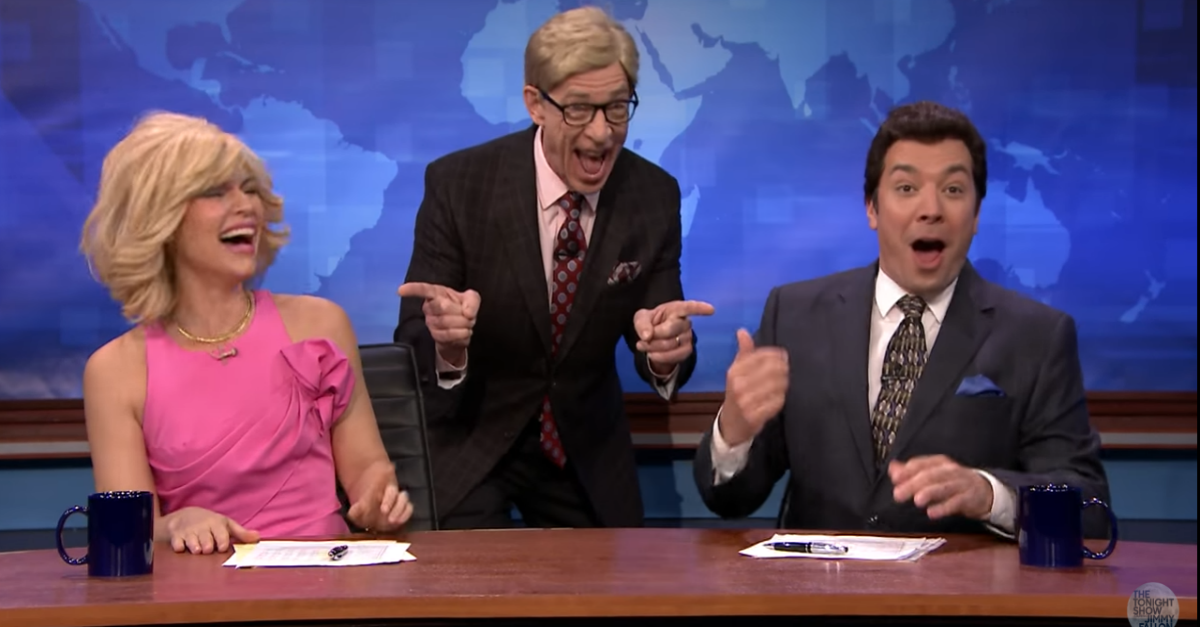 In the past couple years, there have been some incredible bloopers on live television and anchor crews acting awkward has been a large part of those bloopers. Jimmy Fallon took to the camera with his pal Claire Danes, who gained fame from her role in the television show “Homeland,” to imagine a news crew that jokes too much.

Like most on-camera anchor jokes, the Fallon/Danes jokes are painfully awkward. It seems like too many newscasters are considering stand-up comedy when they should stick to telling their viewers whether or not it’s raining. Regardless, Fallon makes a pretty wonderful anchor, and J.K. Simmons looks hilarious in a toupee.