Ellen, Chelsea, and Ludacris discuss Mile High Club memberships while playing “Never Have I Ever” 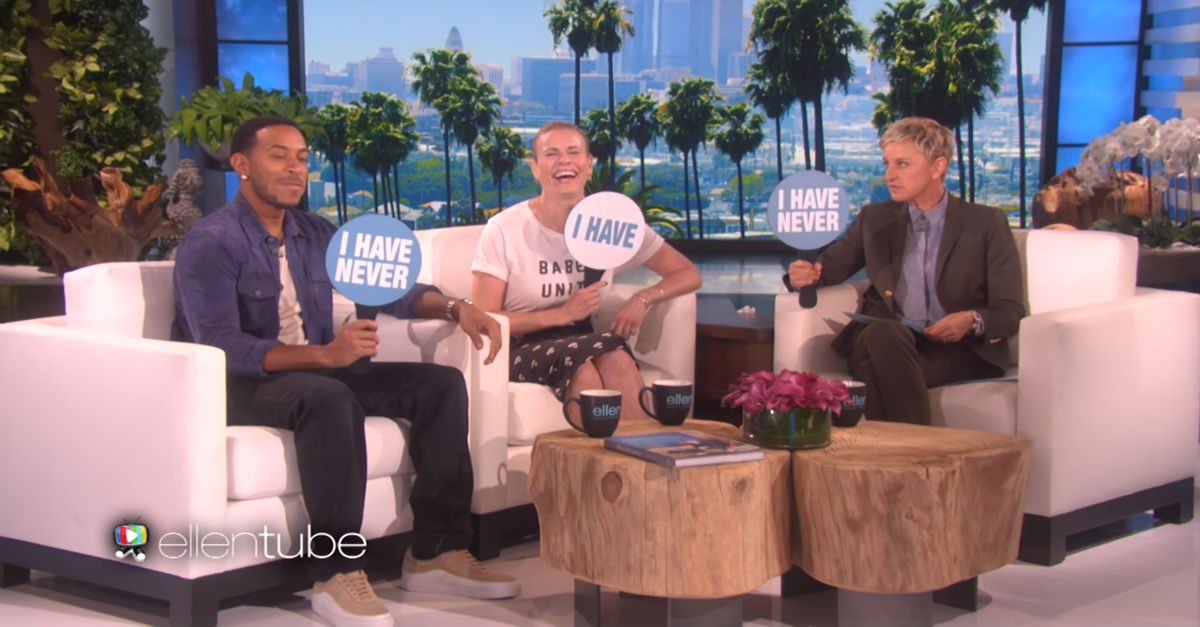 Rapper/movie star Ludacris appeared on Tuesday’s edition of “Ellen” to promote the release of his new single “Vitamin D” as well as his upcoming movie “The Fate Of The Furious.” Ludacris appeared alongside comedian Chelsea Handler, who was there to plug the new season of her self-titled Netlfix talk show.

RELATED: Here are all the OMG moments from Jared Leto and Drake’s game of “Never Have I Ever” on “Ellen”

While on the daytime talk show, Ludacris and Handler participated in a game of “Never Have I Ever” with Ellen.

During the game, Ludacris and Handler — perhaps unsurprisingly — revealed that they’ve both performed at shows while intoxicated, both have been kicked out of bars, and both have been in handcuffs — although they didn’t say if the handcuffs belonged to a police officer or not. They also confessed to stealing, and both have used their fame to talk their way out of tickets.

Ellen also asked her guests if either of them was in the Mile High Club. They both revealed that they were — as did Ellen herself!