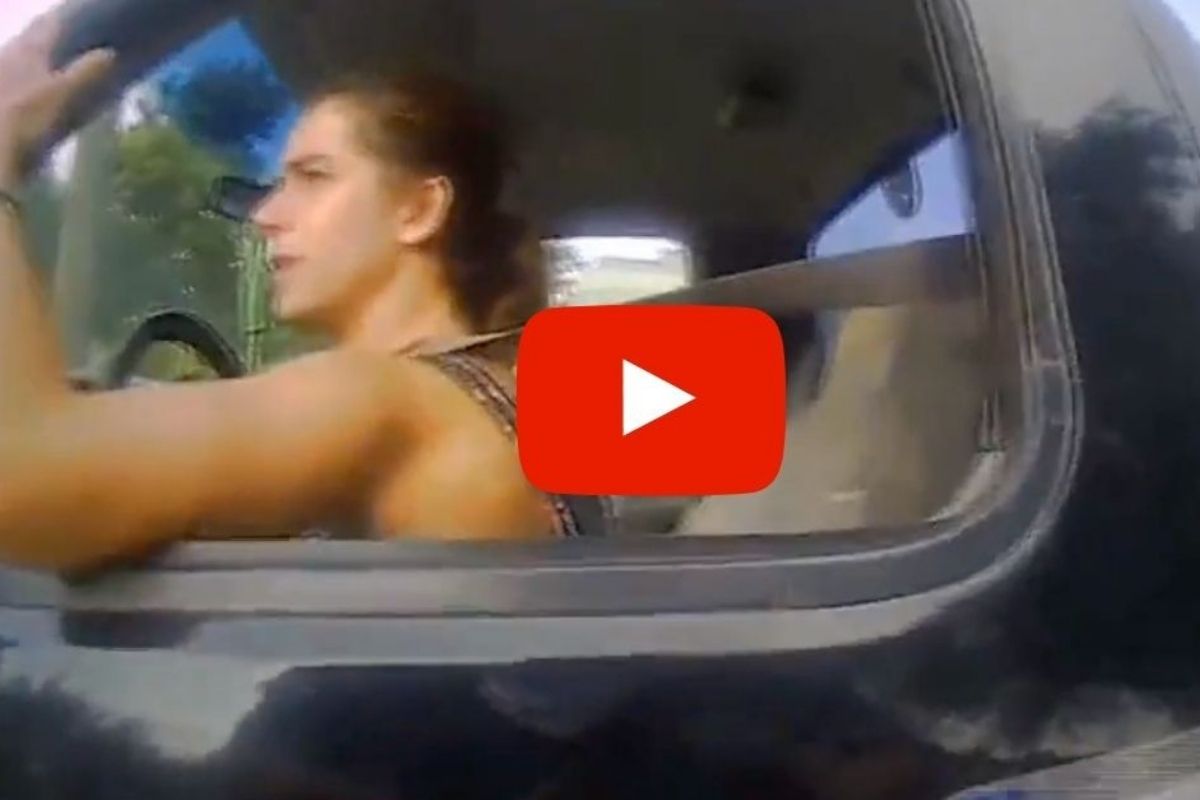 There’s nothing worse than having to go to the restroom while you’re inside your car, and there are at least 20 minutes for you until you get home. I’ve been there, there are numerous times that I can count where I’ve had to pee so bad that I felt like I was going to go right then and there. But, what would you do if you had to poop so badly but then got stopped by the cops?

This is exactly what happened to this poor Oklahoma woman who refused to cooperate during a traffic stop which sparked a high-speed chase and guns being drawn in a neighborhood. According to authorities, twenty-eight old Emily Owings was initially pulled over for not wearing a seatbelt. She apparently also didn’t have a license or her insurance with her. The only form of identification she had was her medical marijuana card.

According to body camera footage from the officer, this exactly how the whole hilarious situation went down. A total mess.

Officer: ?Your license Is suspended,?

Officer: ?Now, I am waiting to see if you have warrants through Woods County,?

Officer: ?Where do you think I was going??

That’s when the police officer found she had a warrant out for her arrest for allegedly fighting another officer. That’s when Owings asked the officer why he wouldn’t just let her go, to which he responded that her license is suspended. Owings told the officer that she didn’t know that it was suspended, otherwise, she wouldn’t be driving, but to please allow her to go home and poop.

The officer trying to hold in his laughter, at least that’s what I’m thinking, calls another officer for backup. He asked us to get out of the car, to which she asked him if she’s going to arrest her. The tells her yes, that she is under arrest and in disbelief, Owings states ?are you kidding me? Why?? Apparently the woman had a warrant in Wood County and the cops were on the way to get her. Owens responds, ?No they are not! Fu*k you guys!?

She then attempts to put the key in the ignition and sped off. And thus, the pursuit started, which lasted several blocks with speeds topping up to 70 miles per hour. Authorities stated Owings blew through a stop sign and a school zone sign. She eventually stopping and surrendered on police officers pointed their guns at her. When searching in the vehicle, officers were able to find a pipe with meth inside it. She was booked into the Garfield County Detention Center and is now facing several felony charges.

I really have to give it to this woman for trying to pull the I have to poop card. I would have never guessed it, but at least now we know that it doesn’t work there so going to arrest you. Truly a bizarre excuse.

Editors Note: This article was originally published on September 18, 2020.