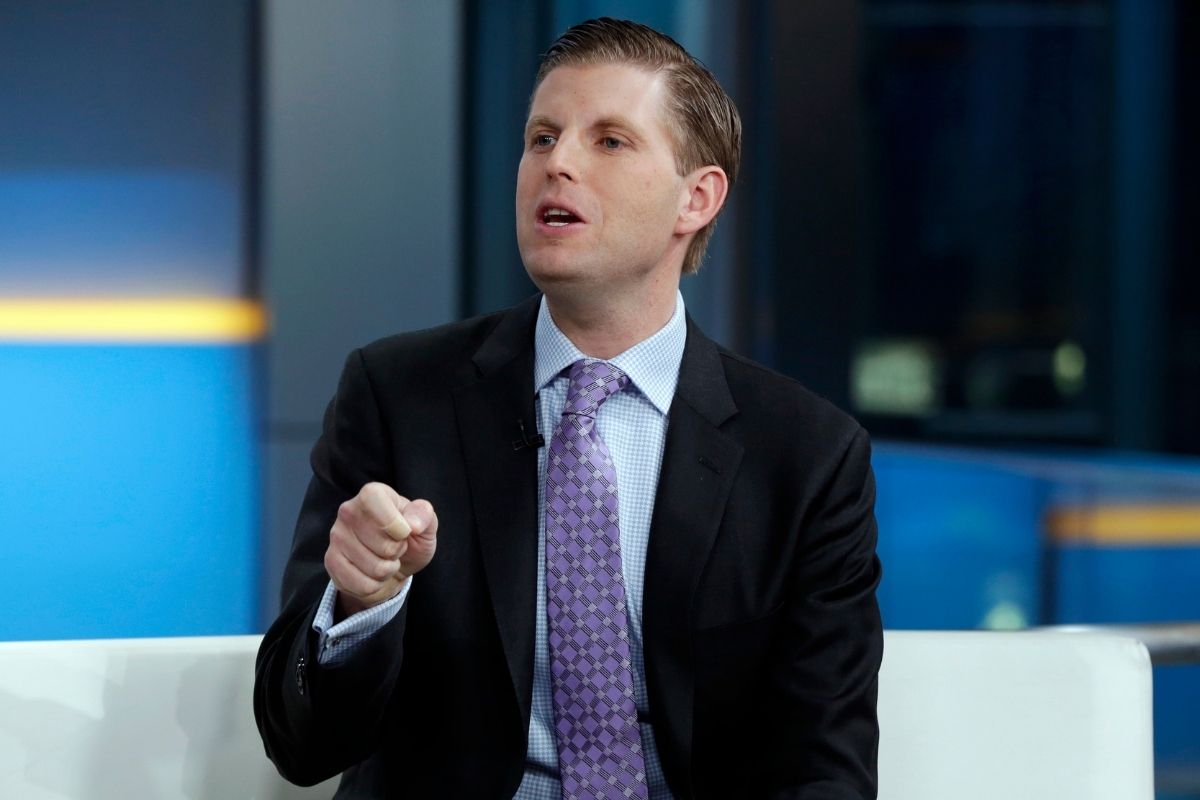 Oh, good lord, this is just what I needed after a long morning. Eric Trump is trending, and let me tell you it’s for a hilarious reason. It hasn’t even been six months since former President Donald Trump left the White House and was banned from every social media site, meaning he has been ?quieter? than usual. And apparently, several Republicans are taking it really really hard and are getting very emotional about the whole situation. This according to his son, Eric Trump.

Yup, so much so that Eric, who is the Executive Vice President of the Trump Organization, is apparently claiming that random people are now hugging him in the street because they missed Donald so much. Yes, you read that right. Speaking with Fox News? Host Sean Hannity, he stated, ?I can tell you more people have come up to me on the street in the last week and given me hugs saying ?we miss him so much. Sometimes, Sean, with literal tears in their eyes.?

Wait a second — tell me again how the Secret Service that we pay to protect him allows random people to come up and hug him. As if it weren’t already a lie.

Now, I will tell you that the former President’s son offered literally zero evidence for this, let’s call it an outpouring of affection for his Pops, which is a little bit suspicious. But let’s be real, you and I know that this is definitely 100% not happening. If it is, all of these people are being babies and ridiculous. This is too much, y’all are starting to resemble some sort of cult. I do have a few questions about this.

First off, why is he accepting random hugs from strangers if we’re in the middle of the pandemic? Where is his secret service? Also, do Trump supporters really miss Donald so much that they want to just hug every Trump fan in America they see? Were these people crying before or after they hugged him? This is very important information that I need to know. because this claim is too much.

I can relate. Just the other day a man approached me and asked, “why do people make up interactions they have with others?” https://t.co/6ibsfNSiAl

As expected, social media hilariously mocked Eric, because as I said this is ridiculous. Several Twitter users decided to respond to the comments, with one user saying, ?What street? The dude stays in his place or hits his golf course. He?s not walking around like a man of the people.? Meanwhile, we have user @RobertMaguire_ tweeting, “The reason you know this isn’t true is because there is zero chance Eric Trump let’s anyone come close to him on “the street.”

Then there’s user @JDschott68 tweeted, “I can relate. Just the other day a man approached me and asked, ?why do people make up interactions they have with others?? So yeah, it’s nice to see I’m not alone in this and that other people also think this is insane. I guess you know what they say, pathological liars will believe everything that comes out of their mouth. I love this. Bless your soul, Eric.

The reason you know this isn't true is because there is zero chance Eric Trump let's anyone come close to him on "the street" https://t.co/1YorsQyudt

What street? The dude stays in his place or hits his golf course. He’s not walking around like a man of the people. https://t.co/pNYXTaRekO

Big, strong guys. Generals. Driving big trucks. I tell ya, these guys, you don't wanna meet them in a dark alley. Real American patriots. Big, beautiful cowboy boots. All came up to Eric Frederick Trump and sobbed on his sloping shoulder like sad little kittens. I tell ya. Verily https://t.co/MjTzHvt0B5

Eric Trump says random people in the street hug him with tears in their eyes and tell him how much they miss his father pic.twitter.com/EF8cKSmhmI

Eric Trump says random people in the street hug him with tears in their eyes and tell him how much they miss his father pic.twitter.com/EF8cKSmhmI