It can get really cold during the winter, especially in the North, but that doesn’t stop a group of women in Wisconsin from shedding their clothes and riding snowmobiles for a good cause.

RELATED: Woman who probably thought her parasailing adventure was over gets a surprise after landing on the boat

St. Germain, Wisconsin, is home to the Knockers Bikini Run, an event that takes place during the annual Radar Run, a two-day event full of snowmobile races. According to the video description, proceeds raised during the event benefit the Pink Ribbon Riders, a breast cancer nonprofit organization that financially assists those diagnosed with breast cancer.

Despite temperatures in the lower 20’s, women participating in this year’s Bikini Run, which took place on February 4, stripped down to just their undergarments to race each other on snowmobiles down a 660-foot groomed snow track.

It’s a pretty cool sport, but we hope none of them get frostbite in the process. 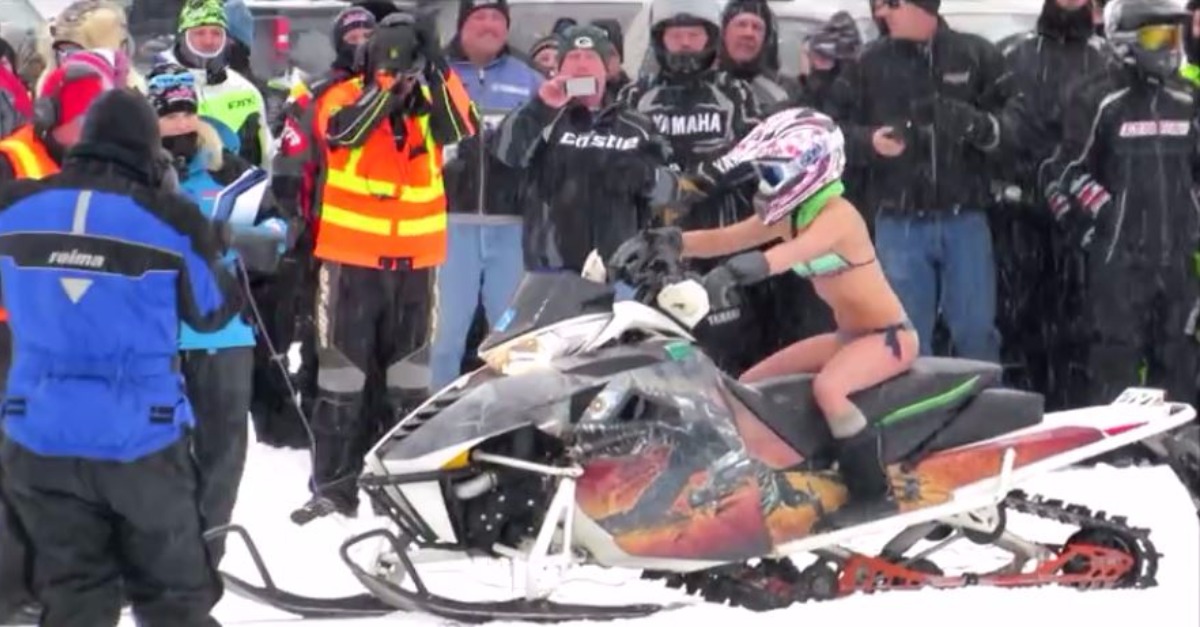