As the actor who played Obi-Wan Kenobi in “Star Wars” Episodes I through III (and was the shining light of those, uh, controversial films), Ewan McGregor knows his way around a lightsaber better than anyone. When he went on “The Graham Norton Show” with Chris O’Dowd in 2011, McGregor got to show off his skills for the first time in several years. He didn’t seem rusty, but maybe Norton and O’Dowd weren’t worthy opponents.

While the show didn’t provide lightsaber sound effects, McGregor was ready with his own — what a professional.

McGregor’s demonstration wasn’t as high-flying and risky as any Obi-Wan gave in the movie, but given that O’Dowd had some trouble finding the switch to turn his saber on, it’s probably better that the weapons they were using weren’t actually super-hot laser swords.

McGregor even got the opportunity to show off his laser deflections, though they were a little more baseball-like than in the movies.

You never forget how to swing a lightsaber. It’s just like riding a bike. 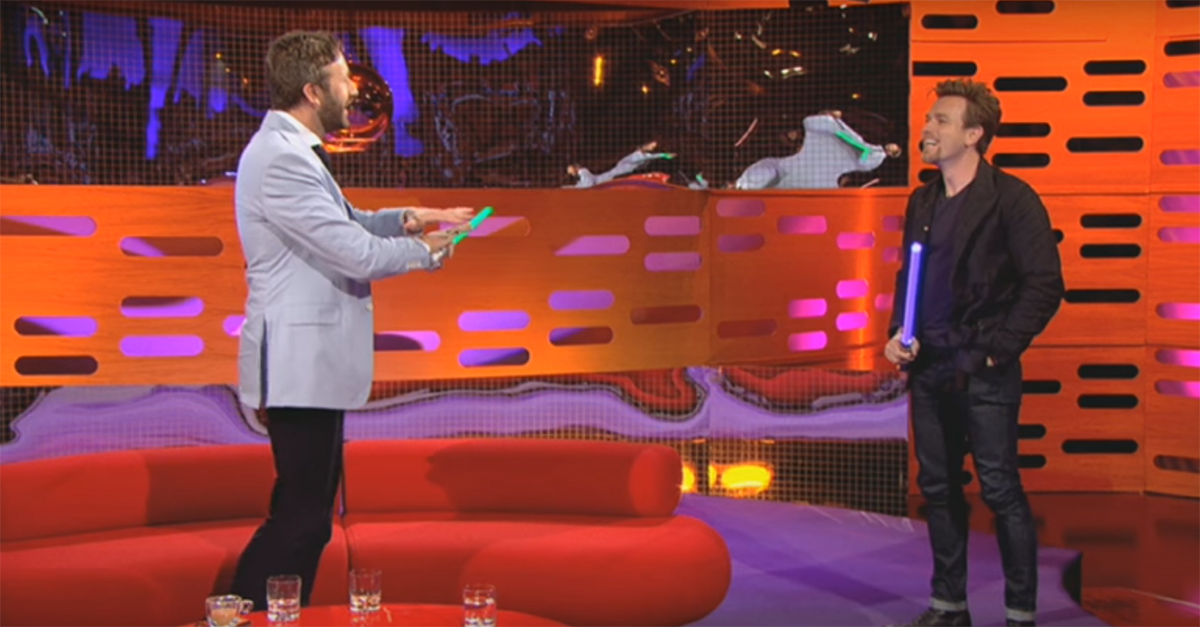